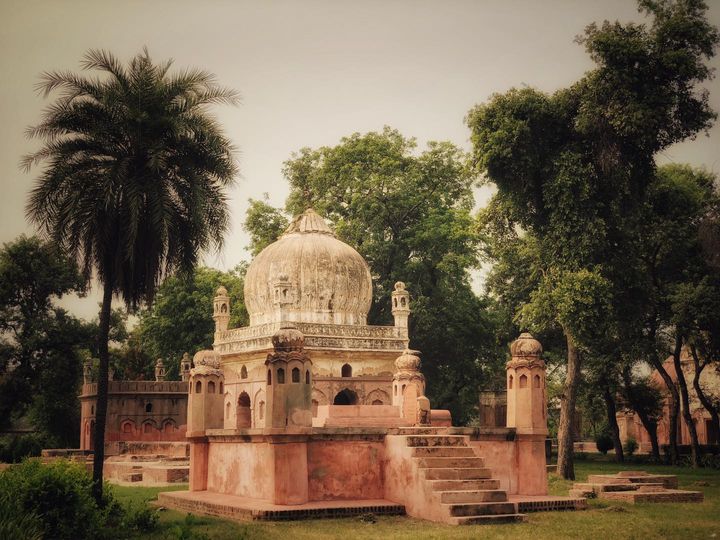 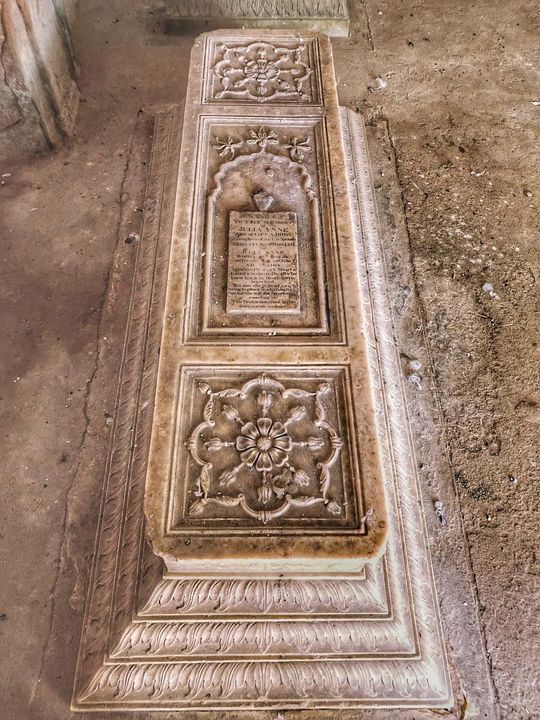 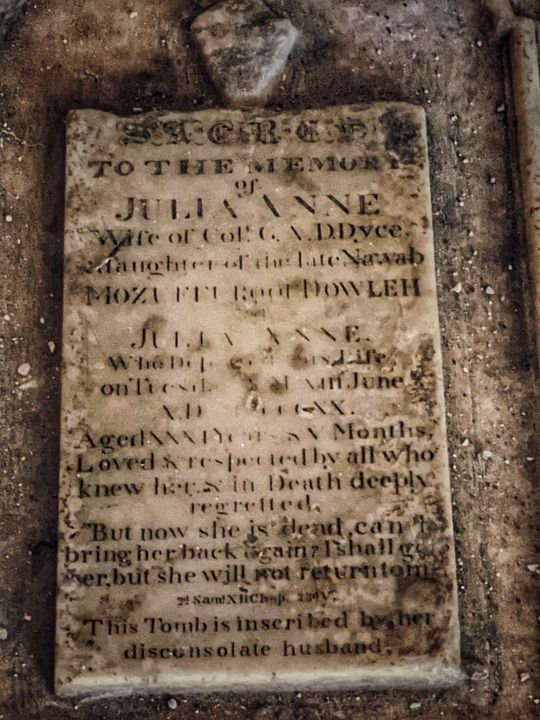 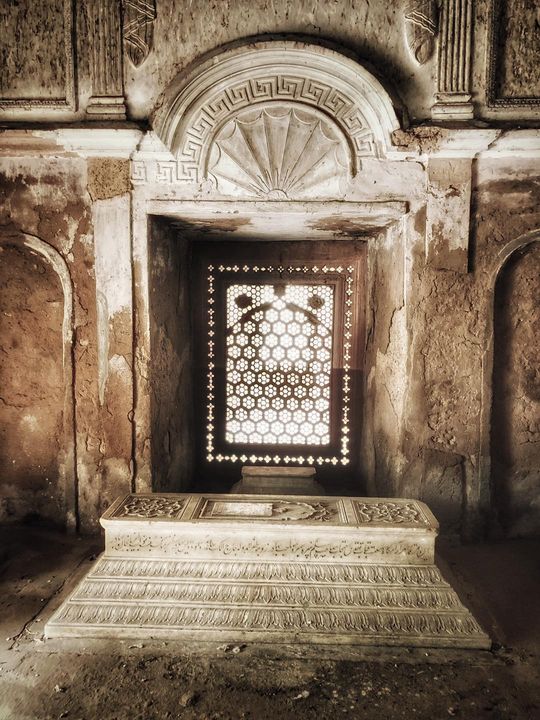 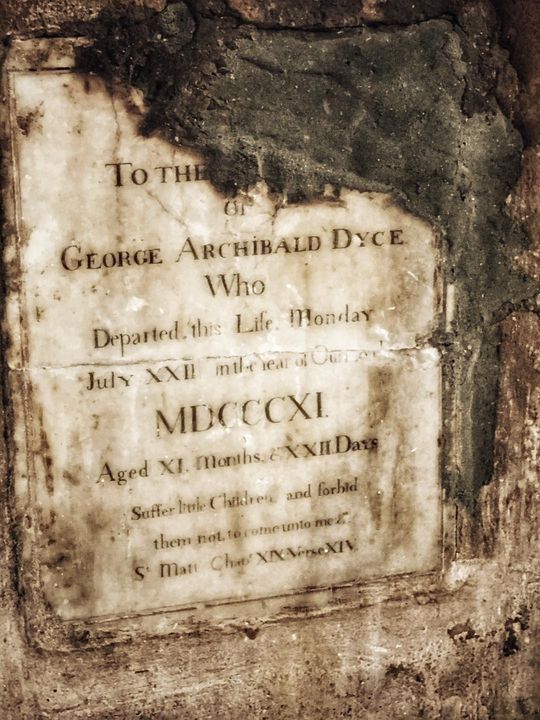 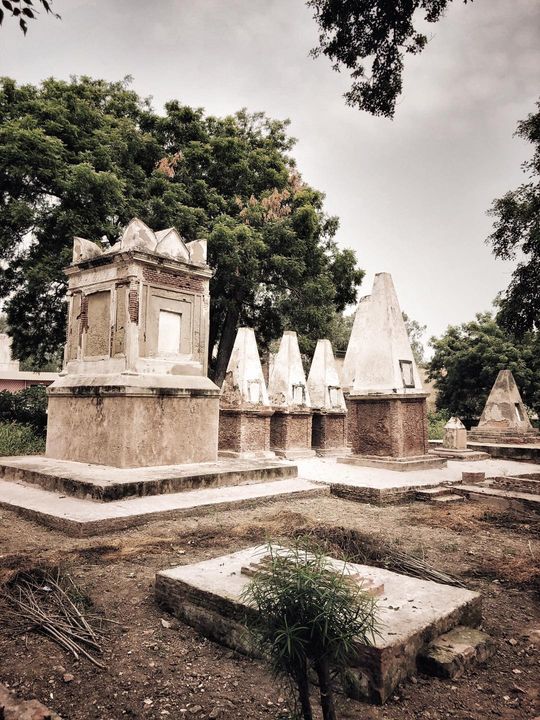 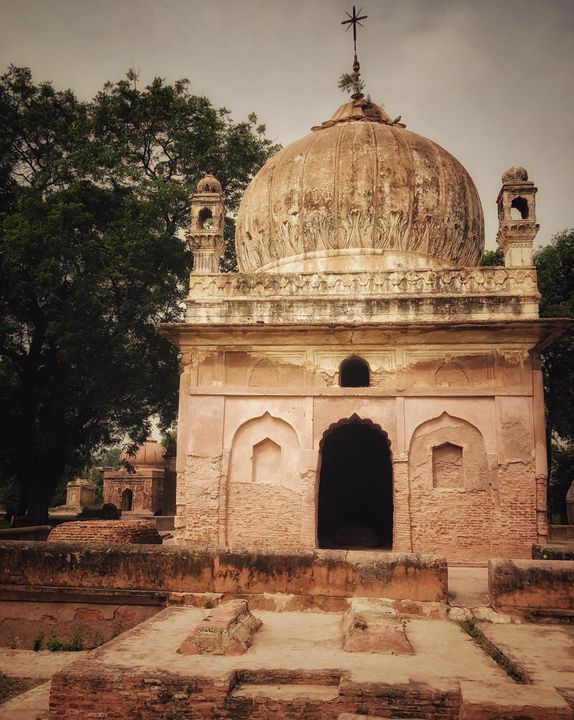 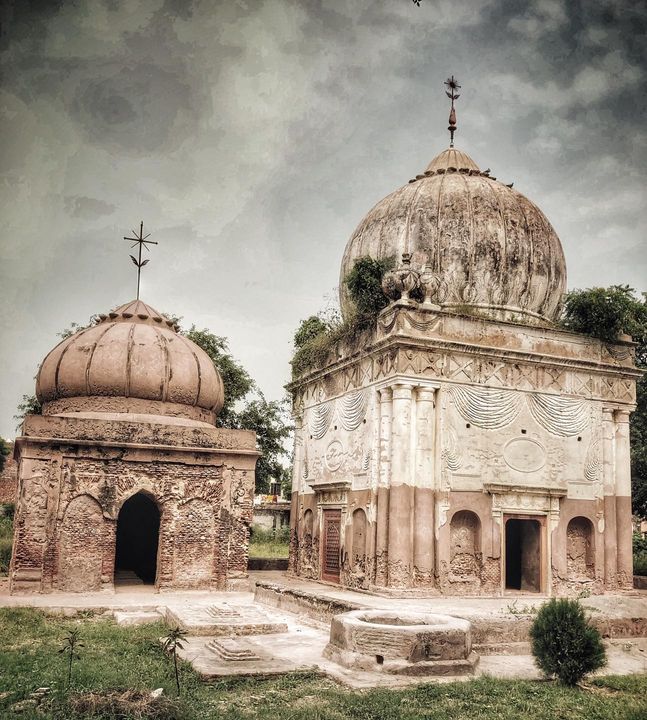 Begum Samru’s Cemetery,Sardhana,Meerut In the centre of the cemetery and by far the most beautiful of the monuments, is the family vault of the descendants of the Begum. Here lies buried Julia Anne, the daughter of Loius Balthazar Reynaud, Sumru's son, and the mother of Dyce Sumru, the adopted son of the Begum. In this vault, too, lie some of her children who died young. The dome has been beautifully designed and faint traces of the silver paint that used to cover parts of the inside are still visible. Closeby is the tomb of the first Julia Anne, the mother of Loius Balthazar Reynaud's wife. As you enter the cemetery, close to the path on the left, is the grave of Le Vaisseau, the French husband of the Begum. Time has not left much of the inscription. The only legible part on the red sandstone slab at present is the following, ``... Priez Dieu pour son ame : requiescat in pace : 15 October 1795.'' To the right of the path you see a number of pyramidically shaped tomb stones. These belong to the family of Reghelini, architect of the church and palace. Many of his children died young. The inscription over one of them tells us that he was thrown from a horse. Closeby lie the remains of Colonel Jean Remy Saleur, the officer that remained faithful to the Begum during the rebellion of her troops in 1795. He was witness to her marriage to Le Vaisseau. A look at the inscriptions over the tombs gives us an idea of the many foreigners that were in the service of the Begum. We find English, Italians, Portuguese, and even a `native of Poland'. Many are unaware that the Catholic cemetery is a protected monument under the archaeological department of India. Being on the other side of the town, it easily escapes the attention of visitors. But it is worth a visit, because many of the people connected with the Begum lie buried there. Special thanks to Mr Ghaeiour Alam Khan ji of Sardhana who took me to the Cemetery.