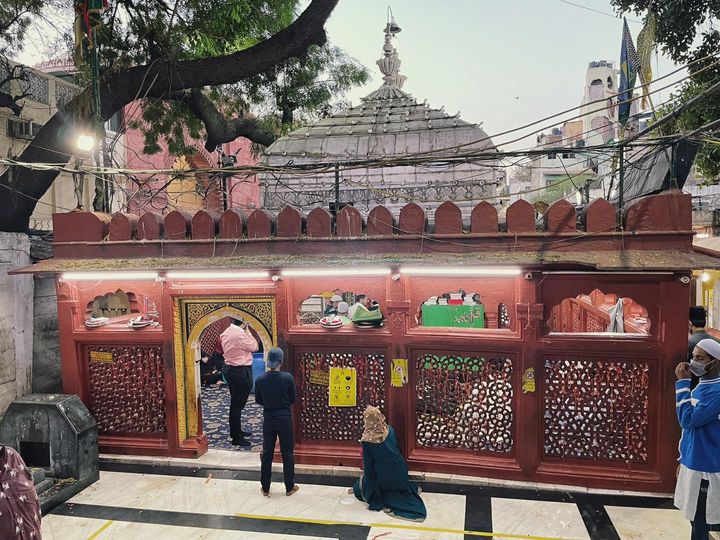 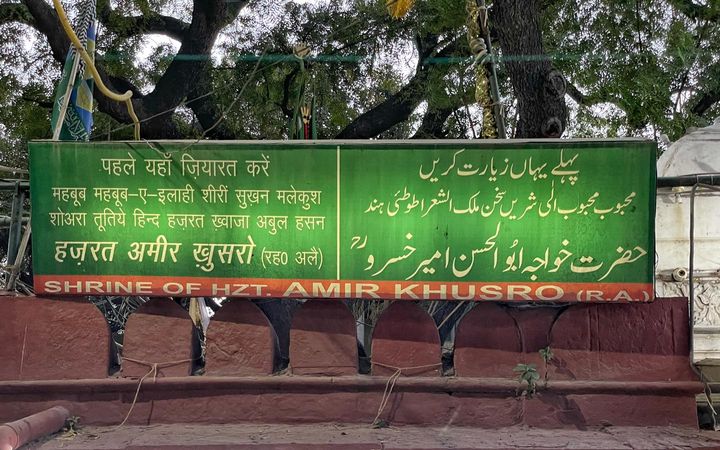 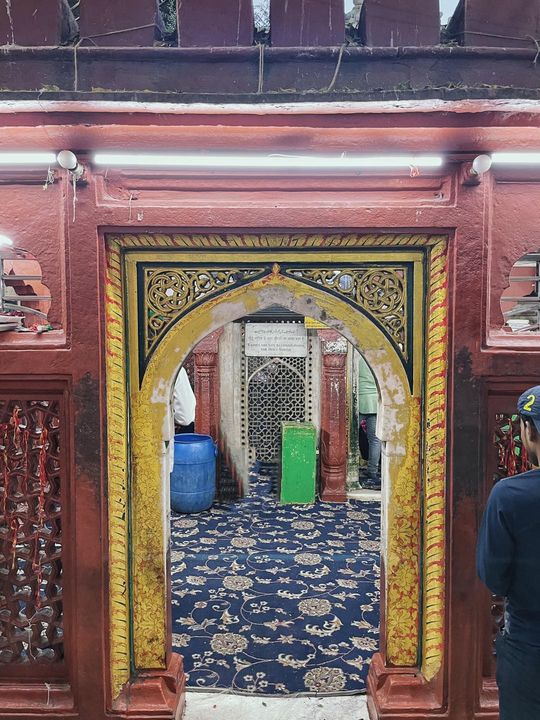 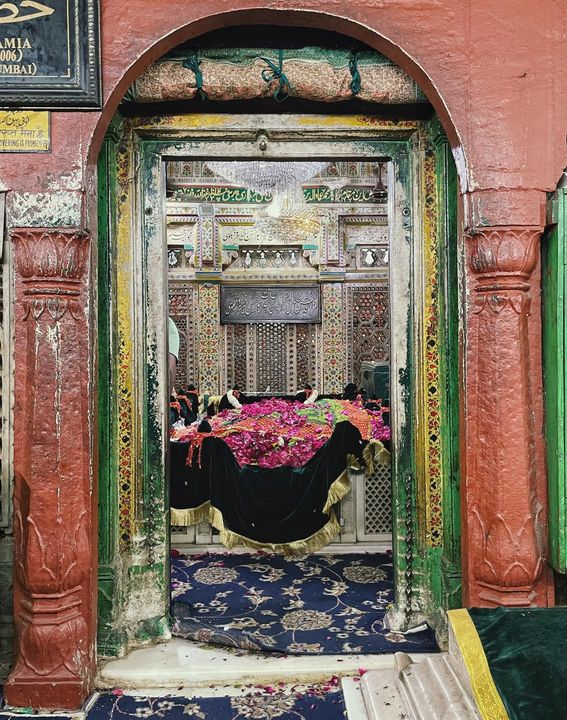 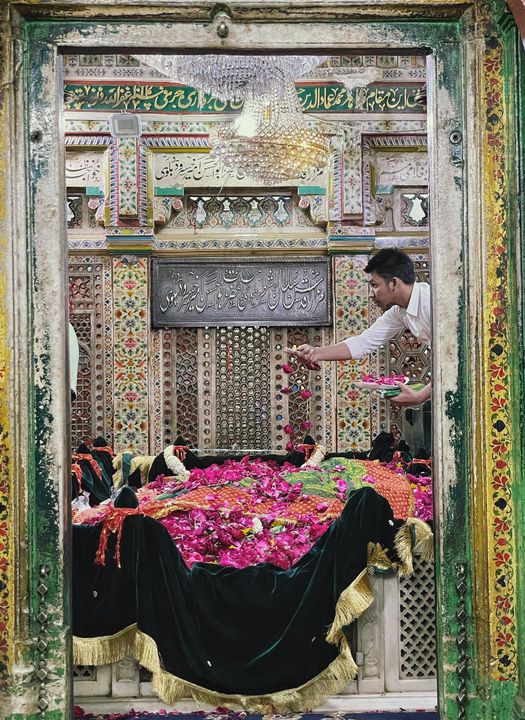 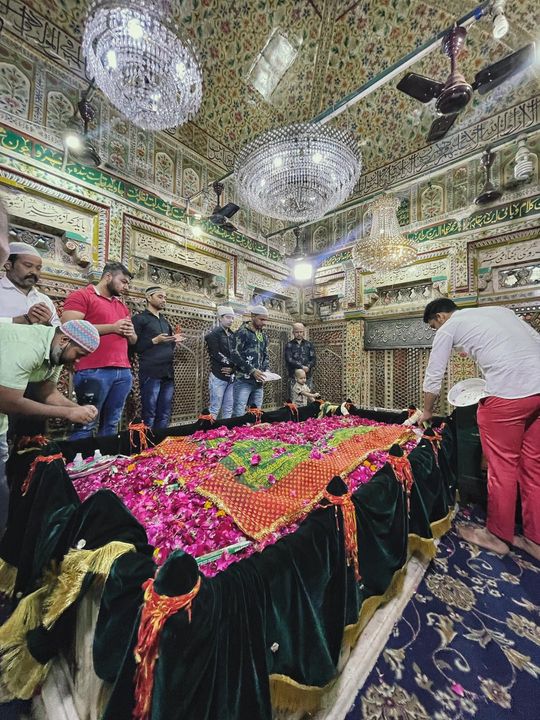 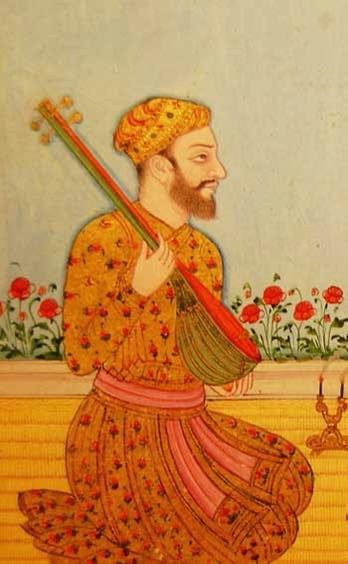 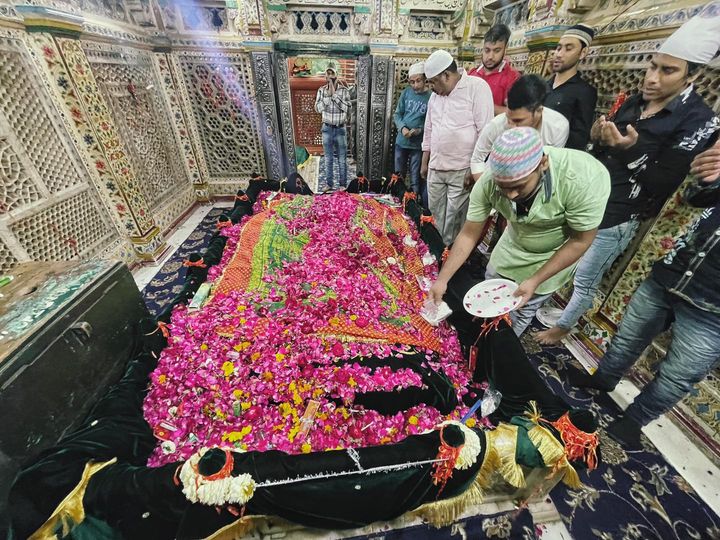 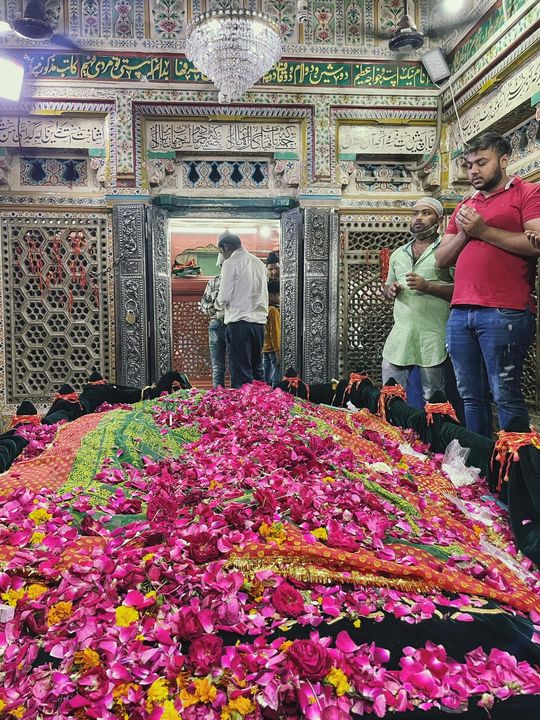 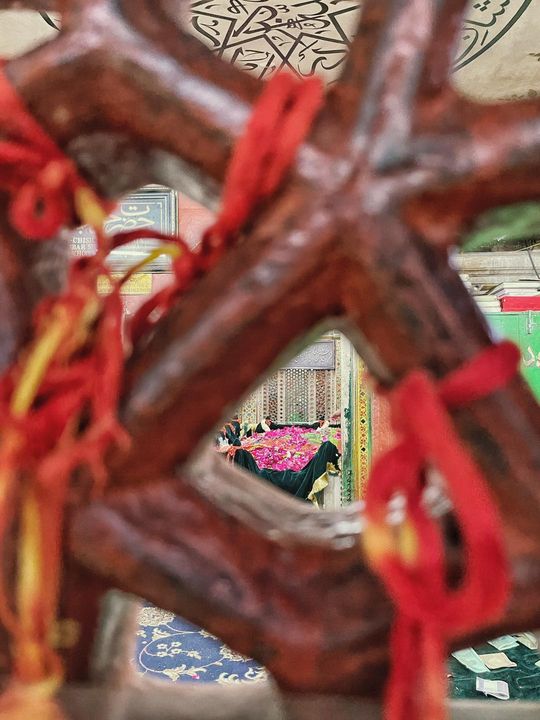 Amir Khusro's tomb,Nizamuddin,New Delhi. Amir Khusro's tomb is situated next to his Master Hazrat Nizamuddin Auliya's shrine in Nizamuddin Basti. Khusro is known as the father of qawwali and inventor of Tabla and Sitar. He was a pioneer of Indian music and introduced Persian and Arabic elements Khusro was born in 1253 CE, in the town of Patiyali, in present-day Kasganj district of Uttar Pradesh, It is said that Khusrau was the favourite disciple of Hazrat Nizamuddin, a bond they shared till their death. While Hazrat Nizamuddin maintained a distance from politics, Khusro had an exceptionally brilliant career in the Delhi court, spanning 50 years, surviving the rise and fall of dynasties. Amir Khusro was the chief disciple of Shaikh Nizamuddin Auliya. He enjoyed the patronage of several rulers and was also a celebrated saint and poet. This tomb was erected in A.D. 1605-06 during the reign of Jahangir by Tahir Muhammad Imadud Din Hasan. The tomb is constructed of marble and is covered with vaulted roof supported on twelve pillars and crowned externally by a pair of guldastas. It has inscriptions of various dates. he lived through a period that saw a succession of 7 Sultans (Balban, Muhammad, Cakubad, Jalaluddin Khilji, Alauddin Khilji, Mubarak Shah Khaliji, Gaisuddin Tughlaq) in Delhi, he was the poet laureate in the court of them! Amir Khusro was the first Muslim poet who freely used Hindi words. His contribution to the development of the ghazal was significant. Khusrau is sometimes referred to as the "voice of India" or "Parrot of India" (Tuti-e-Hind), and has been called the "father of Urdu literature."