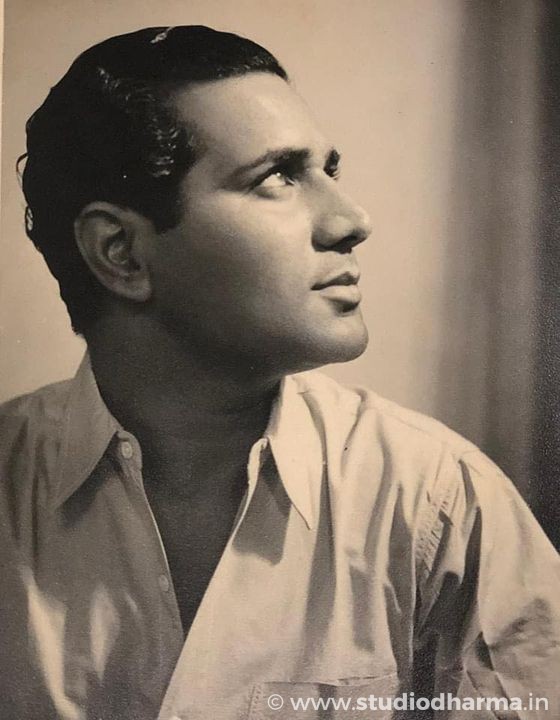 Forgotten Hero 'Trilok Kapoor' Indian Film Actor (Born 11 February 1912, Peshawar – Died 23 September 1988, Bombay). Younger brother of Prithviraj Kapoor, uncle of Raj Kapoor. We are all aware of the Kapoor clan of the Hindi film industry, but not many know that apart from Prithviraj Kapoor, Raj Kapoor, Rishi Kapoor, Kareena Kapoor and others, there was also Trilok Kapoor. Whenever we talk about the Kapoor clan, often considered as the first family of the Hindi film industry, the names that come to our minds are the legendary Prithviraj Kapoor, Raj Kapoor, Shammi Kapoor, Shashi Kapoor, Randhir Kapoor, Rishi Kapoor, Karisma Kapoor, Kareena Kapoor Khan and Ranbir Kapoor. Apart from those who found success, there were others like Karan Kapoor, Kunal Kapoor and Aditya Raj Kapoor, who couldn't replicate the stardom of their fathers on the big screen. But, not many know or remember that there was one more Kapoor who was a big success back in the day as a lead star and was a highly active and busy actor even late in his career when he did character roles. Despite that, he has sadly been forgotten by many in today's time. We are talking about Trilok Kapoor. The younger brother of Prithviraj Kapoor, Trilok Kapoor started his career as a lead hero with the 1933 romantic film, Char Darvesh. Trilok had revealed in an interview with Tabassum that he was born in Peshawar, British India (at that time), and had started taking a keen interest in India's freedom struggle. Worried about his younger son's future, Basheswarnath Kapoor wrote to his elder son Prithviraj Kapoor, who had recently found footing in the Hindi film industry and was climbing the ladders of success. In no time, Prithviraj Kapoor called his younger brother to stay with him. Trilok Kapoor also acted alongside his brother in Seeta that released in 1934. In the mythological film, Trilok played the role of Luv, while Prithviraj Kapoor played Ram. Trilok Kapoor starred in several films as the romantic lead but it was only in the mythological films that he gained success. Not many know but Trilok has had a successful pairing with legendary Noor Jehan. In fact, her last Hindi film too was with Trilok, the 1947 hit, Mirza Sahiban. Post that she moved to Pakistan. Trilok Kapoor also acted alongside Nargis in Pyar Ki Baaten. However, it was his 1950 smash hit Har Har Mahadev that changed the game for him. Post that Trilok mostly featured in mythological films and was quite successful at it. Did you know, Trilok also played a dwarf avatar of Lord Vishnu in 1955 film Waman Avtar? Trilok Kapoor also formed a hit pairing with Nirupa Roy and the duo starred together in as many as 18 films. Post-1970s, Trilok shifted to character roles and starred in several popular films like Dostana, Jai Santoshi Maa, Saudagar, Prem Kahani, Nehle Pe Dehla and his nephew Raj Kapoor's Ram Teri Ganga Maili, among others. Trilok Kapoor passed away in 1988. He is survived by his two sons - Vijay Kapoor and Vicky Kapoor. There is also a road in Chembur named Trilok Kapoor Marg in his honour. It's sad that despite working in more than 120 films and being active for over 50 years in the Hindi film industry, Trilok Kapoor is largely forgotten. In Picture - Trilok Kapoor In His Home, 1940's