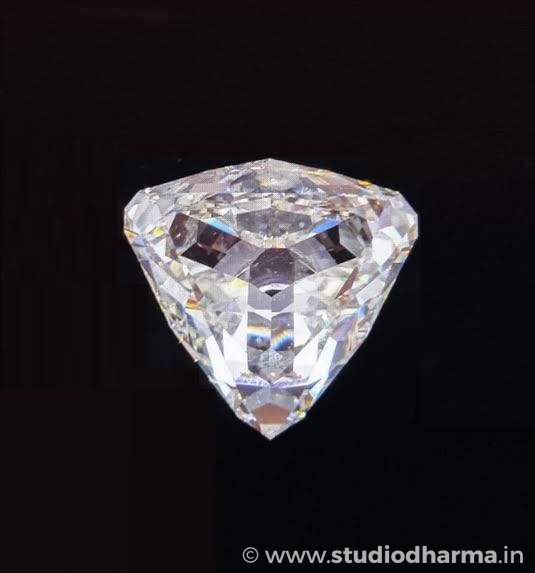 NASSAK DIAMOND. DidYouKnow that the Nassak Diamond, one of the 20 greatest diamonds in the world, is named after the city of Nashik in Maharashtra? Emerging from the famed Golconda mines, it adorned the crown of Lord Shiva in the Trimbakeshwar Temple near Nashik. As with most of the world’s most valuable gems, the Nassak too has a dramatic story. It was originally with the Mughals, who acquired it during their conquest of Golconda in the 17th century. Then they surrendered it as war booty to the Marathas. The Nassak was probably donated to the Trimbakeshwar temple by the Peshwas. In 1817, it was removed by Peshwa Bajirao II, who kept it in his personal treasure. Bajirao II surrendered it to the British, who seized it when they defeated the Marathas a year later. The diamond has since changed hands many times. It was cut and recut and made its way from England to America, and finally to Lebanese millionaire and gems collector Robert Mouawad.