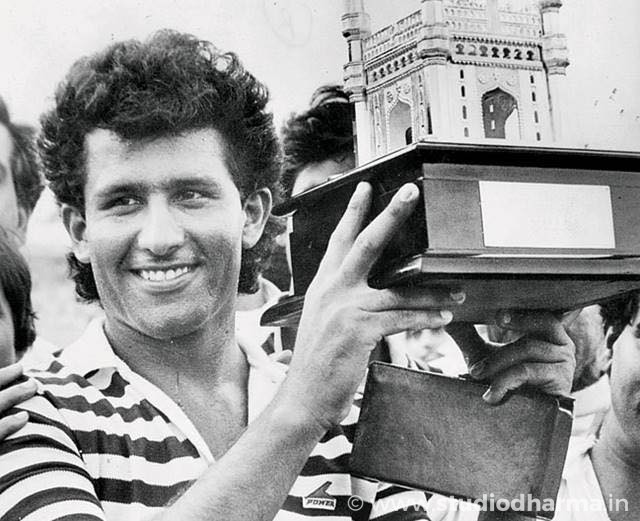 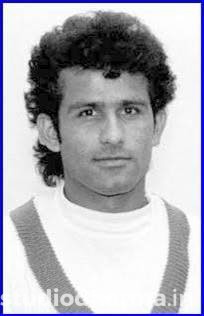 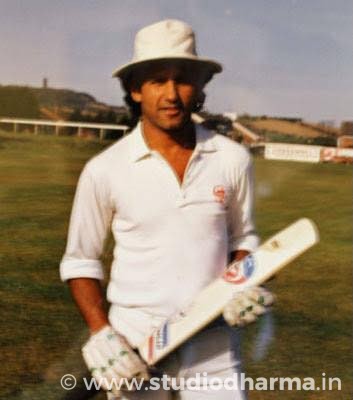 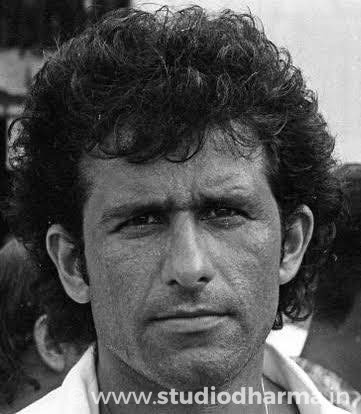 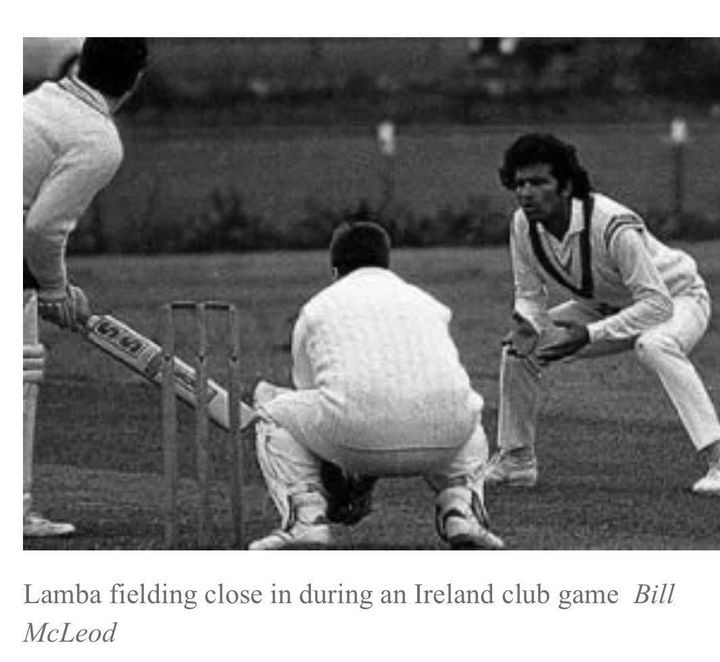 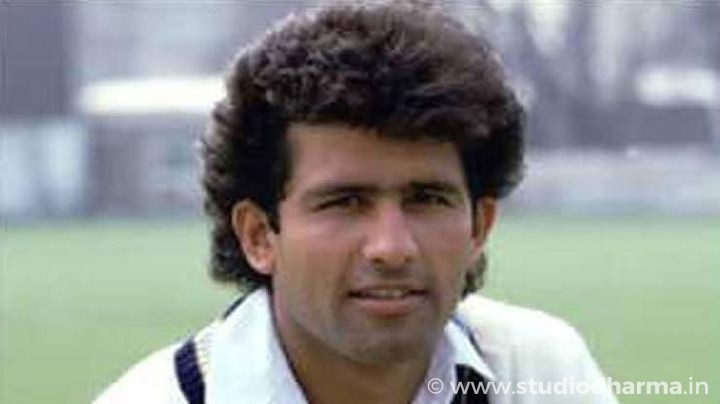 RAMAN LAMBA,CRICKETER,MEERUT. Raman Lamba can be termed as the one of the most unluckiest cricketers in the history of the game, both careerwise and personally. Raman was a talented cricketer and unusually fit and athletic as a cricketer of the 80’s. His confidence and pride was his fitness and fielding abilities with which he always mesmerised his teammates, Though, he got limited opportunities to play at the international level but he was a famous and loved cricketer in the domestic circuits of India, Bangladesh and English clubs. 1. Born on: Raman Lamba was born on 2nd January 1960 in the town of Meerut, Uttar Pradesh. 2. Ranji debut: Raman Lamba commenced his Ranji Trophy career in 1980-81 playing for Delhi. 3. Test debut: Raman Lamba made his debut against Sri Lanka at Kanpur on December 17, 1986. He had a moderate start and averaged 33.67 against them in the three Tests. 4. Luckless in the following series: Lamba failed in his only test he played against the West Indies following the Sri Lanka games, scoring just one run in two innings. This virtually ended his Test career as a Test player. He made a comeback to Test cricket against Pakistan in 1989, but injured his finger during nets and couldn’t play in the match after that as Mohammad Azharuddin was given his place. 5. ODI debut: Lamba had a great opening in One day cricket as he scored 64 in his first match and 102 in his sixth match as he won the man of the series against Australia for scoring 278 runs at an average of 55.60 per innings with a century and 2 fifties. 6. Limelight: In the 1986-87 one-day series against Australia, Lamba hit a century and two half-century in six matches. He was adjudged as the Man of the Series. This performance was the highest point of his international career. 7. The explosive pair of opener: Raman Lamba opened with Krishnamachari Srikkanth in the ODIs. Their approach was similar, as both were aggressive stroke players. This aggressive batting approach as openers was later adopted by opening pair Sanath Jayasuriya and Romesh Kaluwitharana in 1996 World Cup. 8. Represents Ireland: Raman Lamba played for the Sonnet club in Ireland as a overseas player. He has also represented Ireland in unofficial One Day International matches. 9. Fatal accident: Raman Lamba was known not to use a helmet while fielding close in, this careless habit became the reason for his death. Lamba was playing for Dhaka’s leading club, Abahani Krira Chakra, in the final of the Premier Division cricket match versus Mohammedan Sporting Club at the Dhaka Bangabandhu Stadium on 20 February 1998. Mehrab Hossain off left-arm spinner Saifullah Khan while fielding at forward short leg. (It is said that Lamba was asked to wear a helmet, but he thought it was unnecessary as only three balls of the over were remaining when he was asked to move to that position. The shot was so ferocious that the ball deflected from his head and flew into wicketkeeper Khaled Mashud’ s gloves. Lamba suffered an internal haemorrhage and slipped into a coma. A neurosurgeon was flown in from Delhi, all efforts were in vain. 10. Death and tributes: After three days his ventilator was removed and Lamba was declared dead. Raman Lamba died on 23 February 1998 in the Post Graduate Hospital in Dhaka in Bangladesh Lamba. There were tributes from all over the world when Lamba died. His wife Kim, who at the bedside with him with him, paid him the most moving tribute when she put the Sonnet Club cap on Lamba. 11. Personal Life: In 1990, while playing as a overseas professional cricketer in Ireland with Ulster, Raman Lamba met his future wife and Irishwoman Kim Michelle Crothers. They got married in September 1990, Raman and Kim have two children Jasmyn and Kamran. Kim settled down with both children in Portugal. 12. Acrobatic cricketer: Lamba’s pride was his fitness and that gave him the feeling that he could serve Delhi up to the age of 45 and his club Sonnet till he reached 50. In the 1986 Australasia Cup final, he took an athletic catch to dismiss Abdul Qadir off Kapil Dev, where he played as substitute fielder. 13. The golden season: Lamba aggregated 1034 runs in 10 matches at an average of 73.86 with 3 centuries and 4 half-centuries in the season 1994-95 which was also a record in Ranji Trophy of scoring the maximum runs in a Ranji season. He hit his career highest of 312 versus Himachal Pradesh at Delhi in 1994-95, which is not only his personal highest score but it is one among the highest individual scores for Delhi. 14. Duleep Trophy record: His 320 in the Duleep Trophy for North Zone against West Zone in the final at Bhilai in 1986-87 still remains among highest individual scores till date. In first class cricket, he scored a total of 8776 runs at 53.84 and his 175 innings including 31 centuries and 27 fifties. 15. Controversy: Lamba was involved in one more controversial incident. He had a wordy friction with West Zone cricketer Rashid Patel on the field of play during the Duleep Trophy match at Jamshedpur in 1990-91. The Board of Control for Cricket in India (BCCI) banned both players from playing in any first-class cricket match, for one season, as a punishment. 16. Domestic career: Raman Lamba played 121 first class matches and aggregated 8776 runs at an impressive average of 53.84. 17. 12 men field at the same time: On his first tour abroad to England in 1986, he was involved in a rare incident when 12 fielders were on the field for one full over from Ravi Shastri in the second test against England at Leeds, when as a substitute for K. Srikkanth, he remained on the field even though Srikkanth had already arrived on the field quietly, without requesting Raman Lamba to go back to the pavilion. The umpires were also unaware of Srikkanth’s return to the field throughout the 6-ball over in which, fortunately, nothing untoward took place on the field.