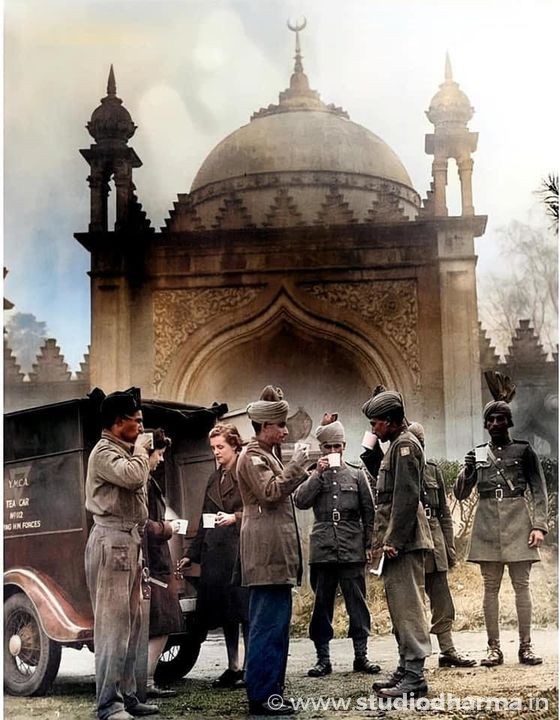 Shah Jahan Mosque, Surrey, England. Indian soldiers drinking tea outside the Shah Jahan mosque, during World War II. The mosque was one of the 1st purpose built mosques in the UK, built in 1889 & partly funded by Nawab Begum, Sultan Shah Jahan (Died 1901) of Bhopal, of the princely state of Bhopal, India. Bhopal, Madhya Pradesh, was founded in the 11th century by Raja Bhoj of the Paramara dynasty. By the 18th century, it was ruled by the descendants of the Afghan Dost Muhammad Khan Orakzai from Tirah valley (Modern-day Pakistani Province Of Khyber-Pakhtunkhwa). Bhopal was unique among the princely states as it was ruled by a succession of widows; Begum Shah-Jahan (1838-1901) succeeded as Nawab Begum twice, the first time between 1844-1860 and the second time between 1868-1901. Shah-Jahan Begum was known for commencing the construction of the Taj-ul-Masjid mosque in Bhopal and for other public work projects such as subsidising the cost of a railway to be constructed between Hoshangabad and Bhopal. In 1872 she was created a Grand commander of the Most Exalted Order of the Star of India.