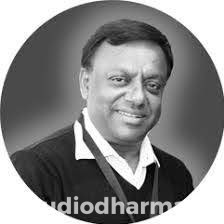 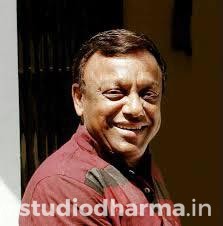 VAIDYA BALENDU PRAKASH. Vaidya Balendu Prakash is an Indian Ayurveda practitioner.He is a former physician to the President of India and the founder of Paadav, a specialty Ayurvedic hospital in Dehradun.The Government of India awarded him the fourth highest civilian award of the Padma Shri in 1999. Balendu Prakash was born on 14 March 1959, at Meerut, in the Indian state of Uttar Pradesh, to Vaidya Chandra Prakash, an Ayurveda practitioner. He did his early schooling at Meerut and graduated in Science with Honours (BSc Hons.) after which he secured the Ayurvedic Medicine degree of BAMS (Ayurvedacharya) from Maharshi Dayanand University, Rohtak. It is reported that he learnt Rasa Shastra, a traditional Indian therapeutic protocol, where metal, in powder and paste forms, are used alongside herbs, for the treatment, from his father.In 1989, he moved his base to Dehradun and founded Vaidya Chandra Prakash Cancer Research Foundation (SIROs) for ayurvedic research. His treatment protocols have been subjected to studies in International Journal of Interdisciplinary and Multidisciplinary Studies in 2014. He has published several articles in alternative medicine research journals about his findings, covering the treatment of cancer and other diseases. He served as the Honorary Physician to the President of India from 1997 to 2000.He has sat in the Central Council of Indian Medicine and headed the Clinical Research Prakash is a recipient of several awards and honours such as Uttrakhand Gaurav, Doon Ratan, Ayurveda Chandrodaya, Paranacharya, Vaidya Ratanam, National Citizen Award and Pride of Doon. The Government of India awarded him the civilian honour of the Padma Shri in 1999. #