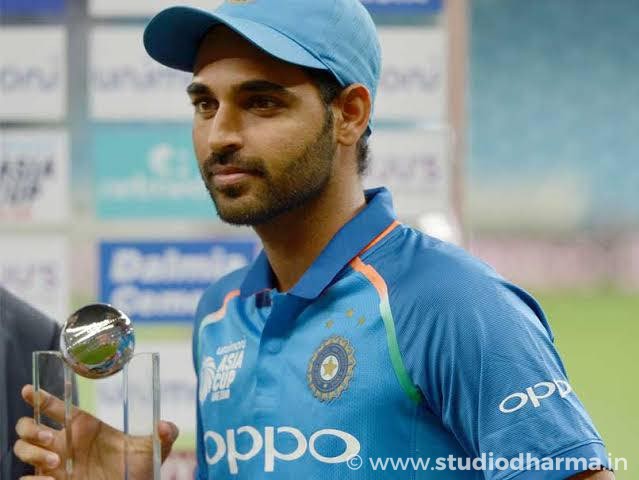 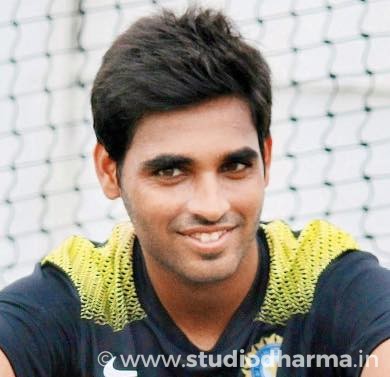 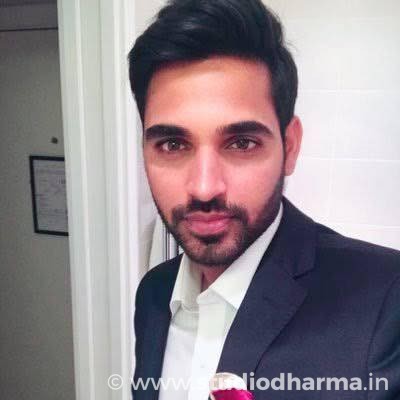 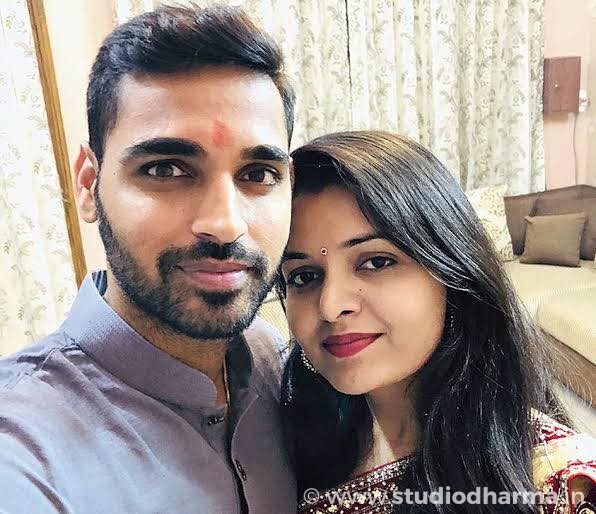 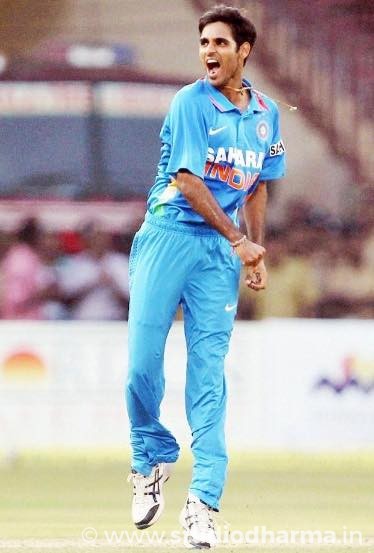 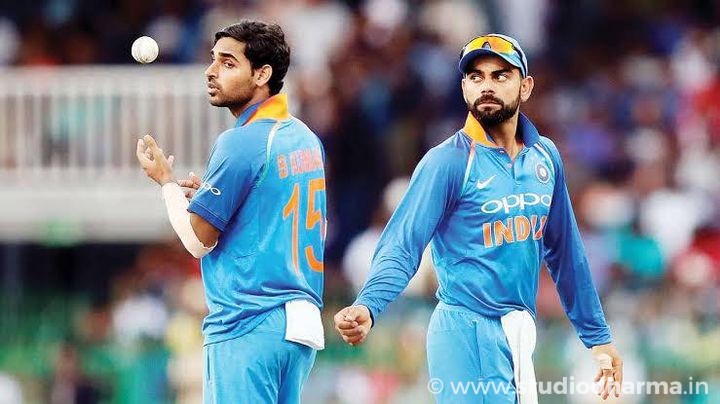 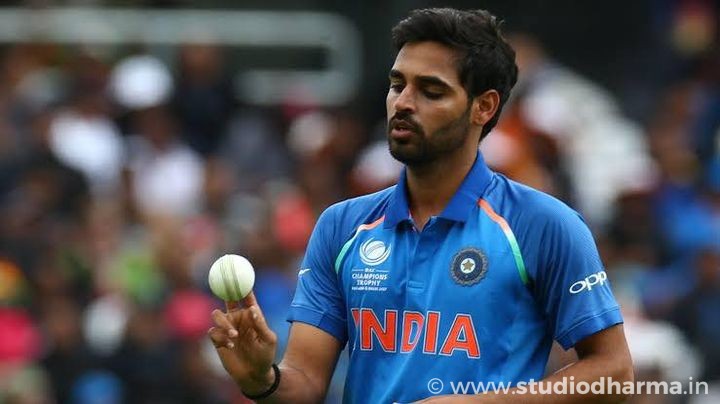 BHUVNESH KUMAR. Bhuvneshwar Kumar was born on 05-02-1990 in Meerut in the state of Uttar Pradesh, India. He was born to Kiran Pal Singh who is a sub-inspector in UP Police and Indresh Singh who is a housewife. He has an elder sister, Rekha Adhana. On 23-11-2017, he married Nupur Nagar. He is an Indian Inernational Cricketer. He represents Uttar Pradesh at a domestic circuit and Sunrisers Hyderabad in IPL. His nickname is Bhuvi. Bhuvneshwar Kumar made his international debut in 2012 against Pakistan in T-20i. He made his debut a memorable one by ripping off Pakistan’s top-order. Though India lost the match his figures of 9-3 in 4 over’s earned him an ODI spot and in the very same series, he made his ODI debut. In his ODI debut, he created history by taking the wicket of the very first ball of his ODI career. Soon after he got his test cap as well and made his Test debut against Australia in 2013. He is a regular member of the Indian squad and in his short career has made a huge impact. He first came to prominence after 2012-13 domestic seasons. He holds a special record of becoming the first ever bowler who got Sachin Tendulkar out for a duck in Indian Domestic Circuit. In a very short span of time, he has emerged as India’s answer to death bowling and has formed a formidable bowling pair with Jasprit Bumrah. He has become India’s go-to man in the crisis situation and more often than not has bailed India out. In addition to bowling his batting has improved a lot and his match-winning knock of 53 not against Sri Lanka after India were 7 down for 131 with almost 100 more runs to win. Since then in the limited opportunities that he has got to bat, he has never let his team down. Critics though term him as more of a contain bowler than a wicket-taking bowler but as of now, he’s arguably among the best new ball and death over’s specialist in the shorter format of the game. He has been India's main strike bowler for last 4 years and will be India's trump card at the ICC 2019 World Cup in England. He was rewarded for his consistent bowling when Sunrisers Hyderabad paid a whopping sum of 4.25 crores to avail his services. He didn’t let down as he played a pivotal role in winning them their maiden IPL trophy in 2016. He has a great 2017 season and was thus retained by his IPL franchise Sunrisers Hyderabad for a whopping 8crore per year. Bhuvneshwar holds a unique record, his maiden wicket in all the three formats is by getting the batsman bowled.