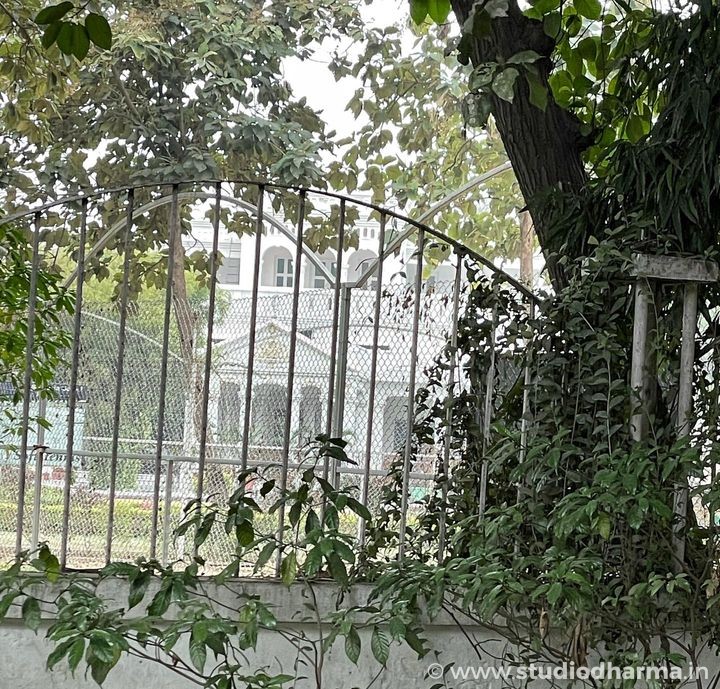 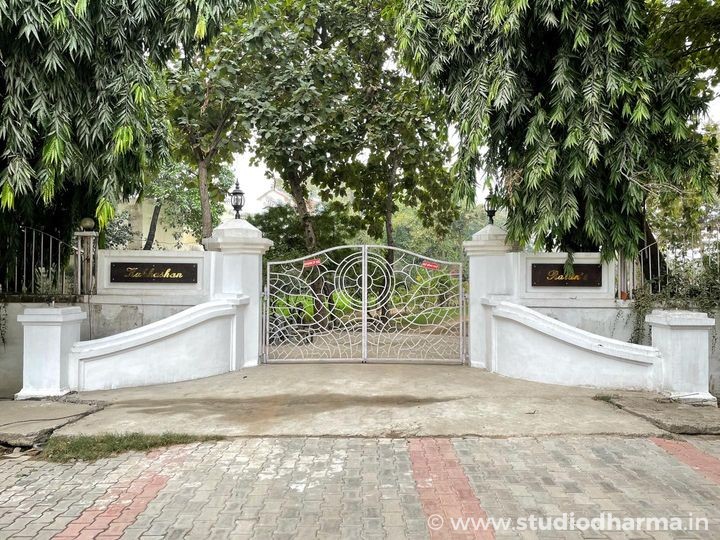 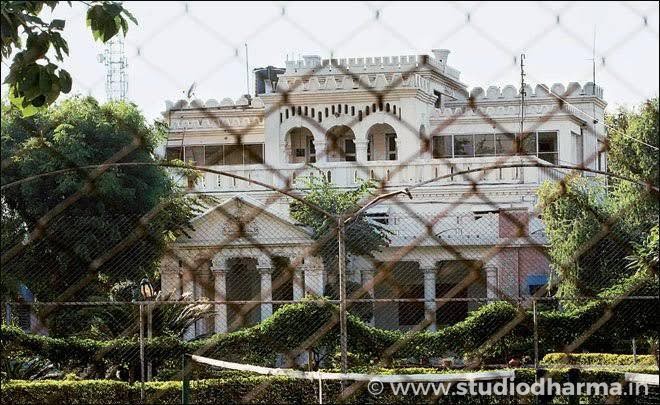 BUNGALOW OF PAKISTAN’S FIRST PRIME MINISTER LIAQUAT ALI KHAN AT MUZAFFARNAGAR. The British- era structure was once owned by Pakistan's first Prime Minister Liaquat Ali Khan - who was to Mohammad Ali Jinnah what Jawahar Lal Nehru was to Mahatma Gandhi - whose extended family lived in Jansath tehsil of Muzaffarnagar in Uttar Pradesh. Kehkashan', a white bungalow with manicured lawns, rows of trees and iron grills located in the Company Bagh area of Muzaffarnagar, is no ordinary bungalow. The bungalow is presently in the custody of a family from the Pur Qazi area of Muzaffarnagar, who claim their forefathers bought it from the family of Liaquat Ali Khan. The building is out of bounds of common people and visitors. In one part of the building, the family runs Shardein School, a CBSE- affiliated institution. This part is accessible to, well, only the students and sometimes to their parents. The family members refused to talk to “StudioDharma”and even the security guards objected to clicking pictures of the historical building. Before 1947, before the Partition, visiting Nawabs, hosted by the family of Liaquat Ali Khan, lived in the magnificent edifice. Elderly citizens of Muzaffarnagar claim Ali Khan along with his family lived in another house a few hundred metres from the bungalow. That house has presently been transformed into a government office and residential quarters. "The bungalow in Company Bagh was mainly a recreational centre of the family as Nawabs and visitors who called on them for most part of the year stayed there," said Muhammad Salim, 80, a resident of Muzaffarnagar town. Ali Khan's connection with Muzaffarnagar dates back to 1926, when he campaigned for elections from this rural constituency for the provisional legislative council. He won the elections by a huge margin with no opponent to challenge him. In 1932, he was unanimously elected the Deputy President of the United Province Legislative Council. Ali Khan remained an elected member of the UP Legislative Council until 1940, when he was elected to the Central Legislative council.