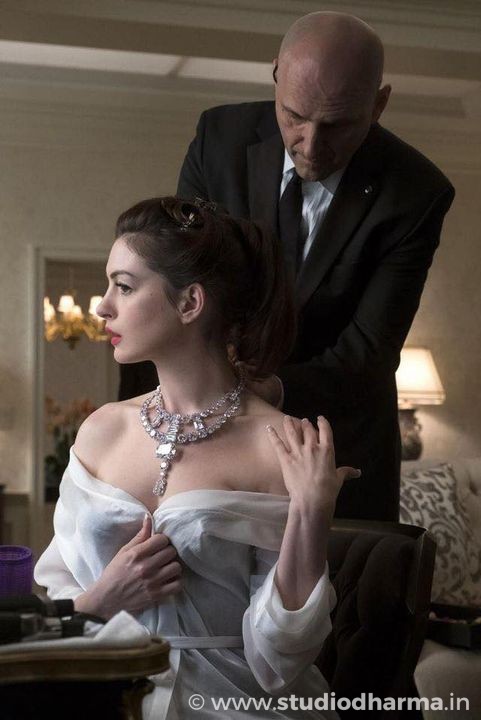 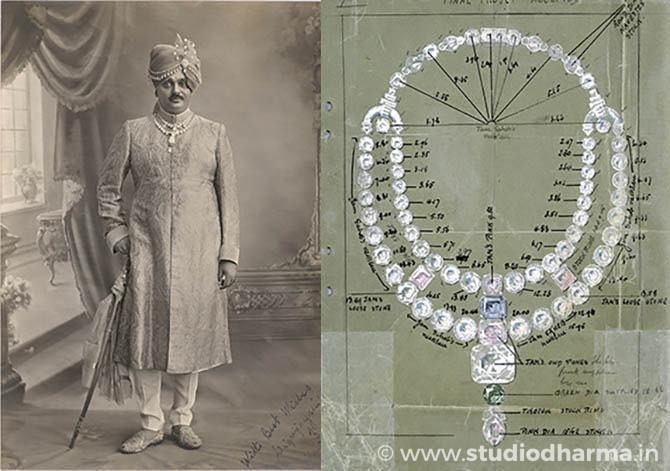 ceremonial diamond necklace of Maharajah Nawangar . The resemblance of this necklace with the famous long lost ceremonial diamond necklace of Maharajah Nawangar designed by Jacques Cartier in the early 1930s and that featured the famous D-colour Queen of Holland diamond (then at 136,25 ct) is not a coincidence. In the 2018s “Ocean’s 8” motion picture, directed by Garry Ross, Cartier joined Warner Brothers in the meticulous manufacture of a recreation of that long lost famous diamond necklace: a $150 million dollar jewel that is the target of a all-female crew, leaded by Debbie Ocean (Sandra Bullock) at the Met Gala, a famed yearly event in New York city’s Metropolitan Museum of Art. It took more or less 8 weeks for Cartier’s jewellers to manufacture a prop made of white gold and faceted cubic zirconias that served in the film. In the image, Anne Hathaway on screen, as Daphne Kluger wearing the famous Touissant necklace prop.