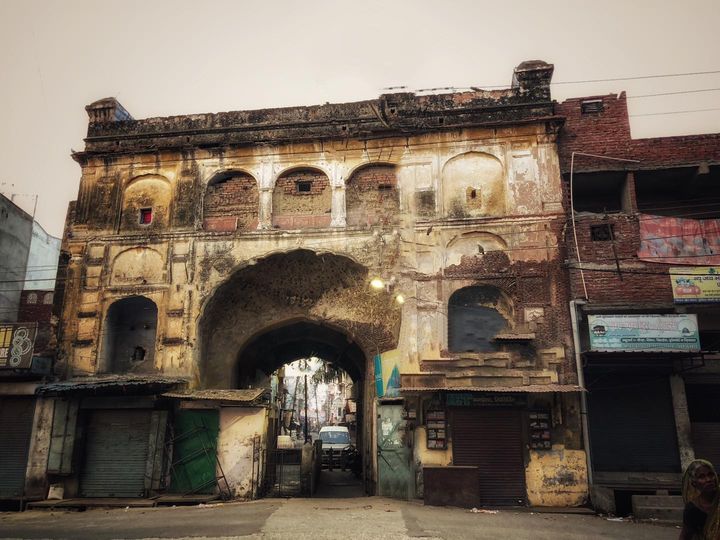 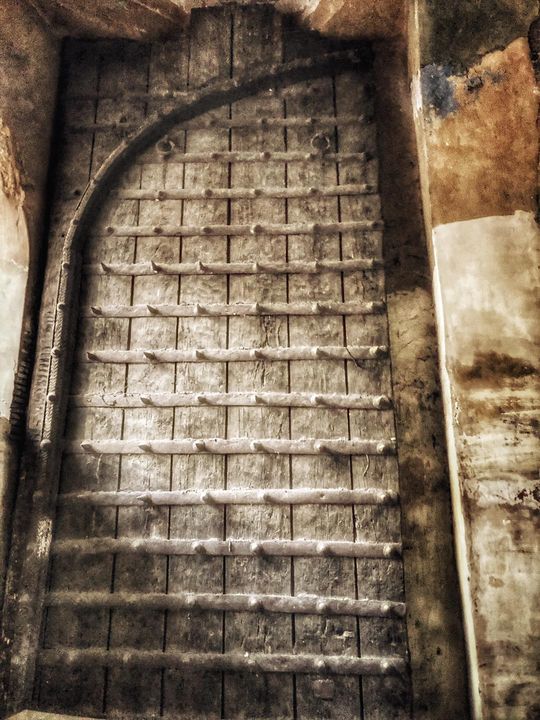 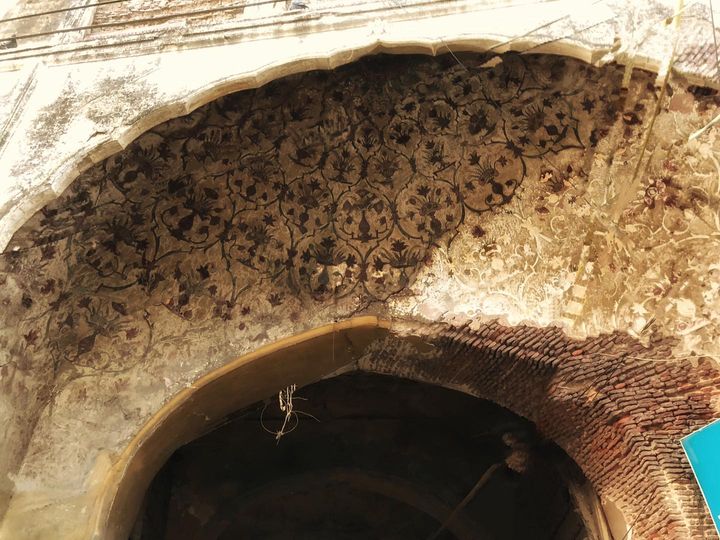 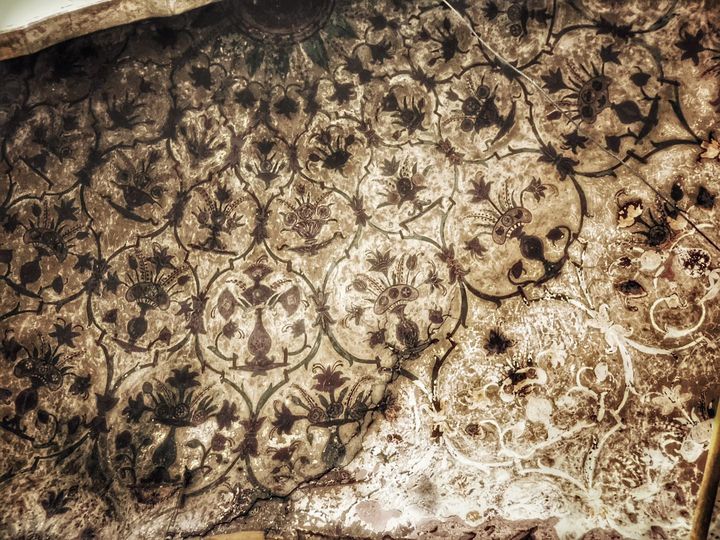 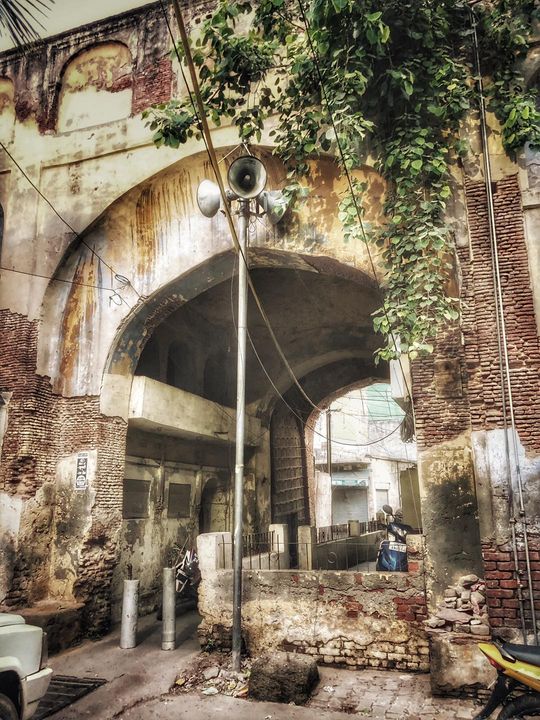 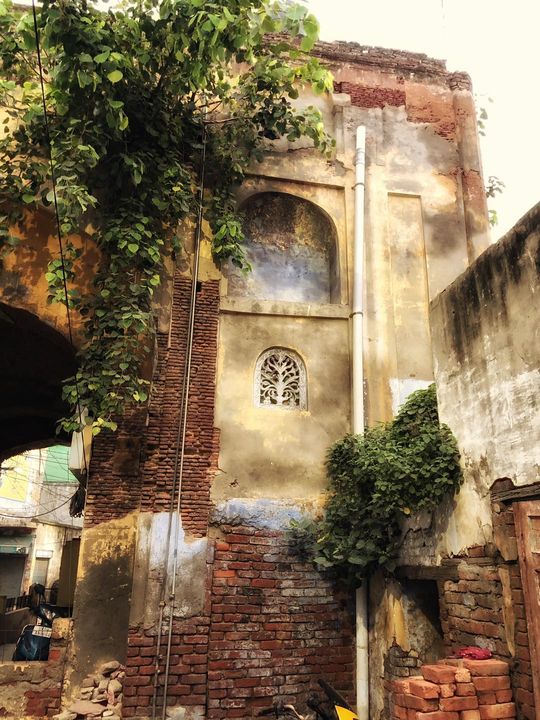 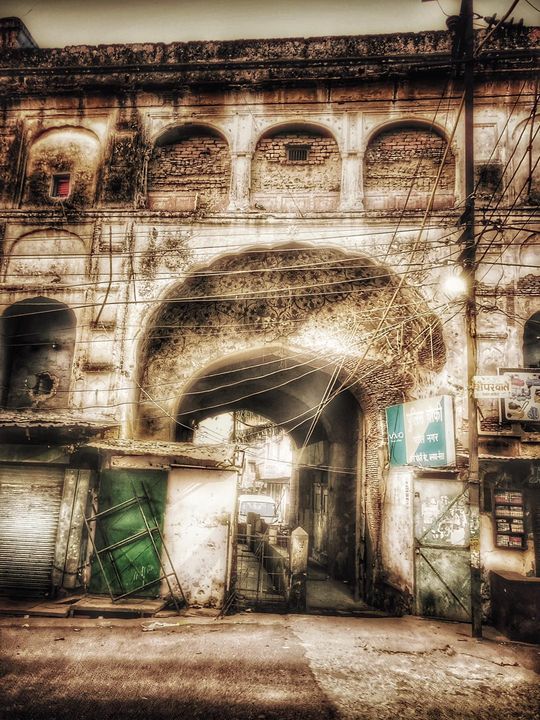 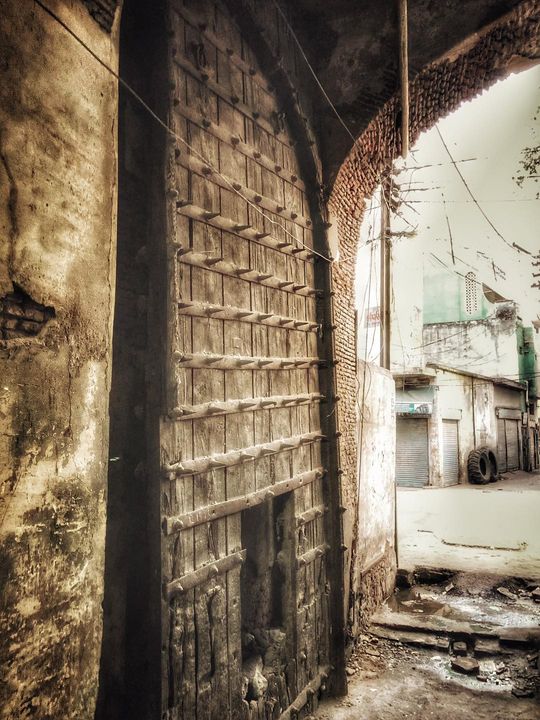 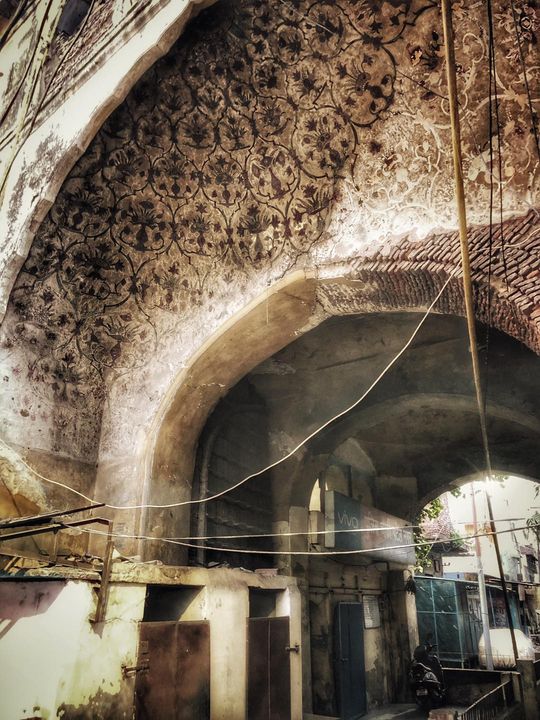 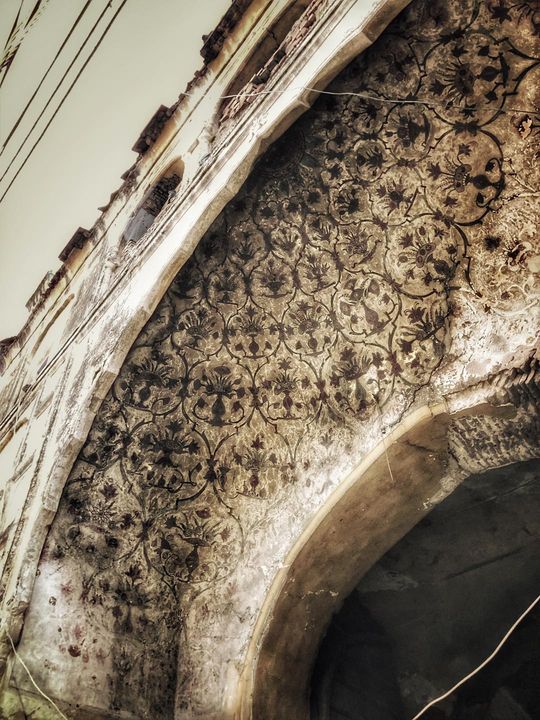 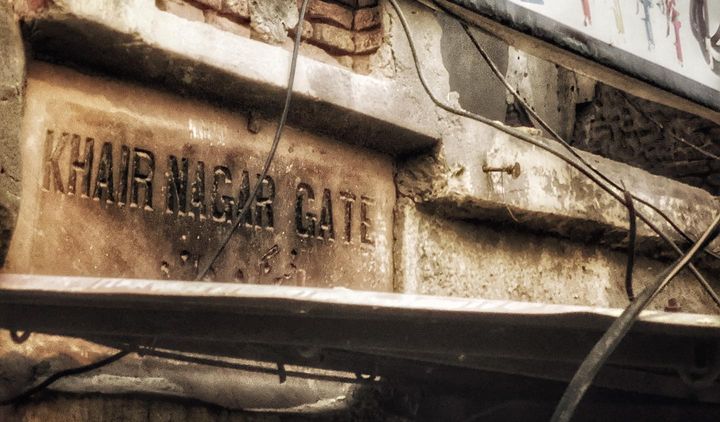 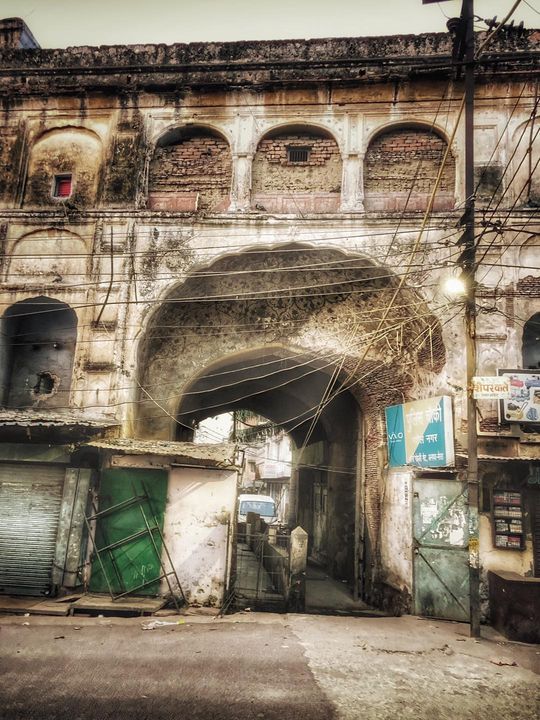 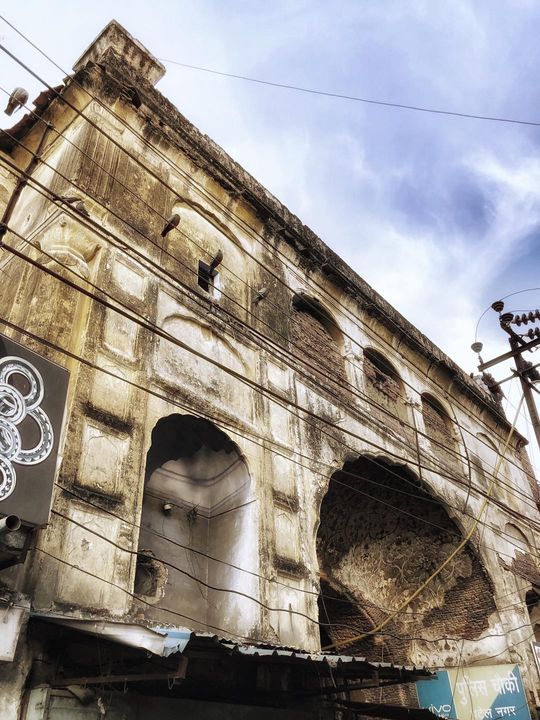 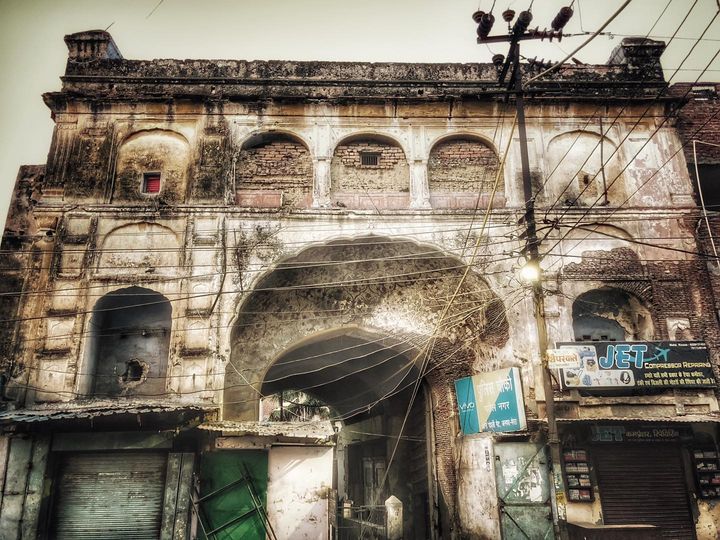 Khair nagar Gate,Meerut Nawab Khair Andesh Khan Kamboh built the Khairnagar Gate, This was one of the gates to the new fort of Meerut built during Mughal era.The structure is of brick and mortar having a high arch which is decorated with floral motifs. The gate led to a bazaar named after Nawab Khairandesh Khan, the Khairnagar Bazaar. The gate is now in an utter state of disrepair and has been encroached upon in all directions. The floral motifs are fast disappearing due to neglect and effect of dust and smoke from the road that passes in front of the gate. According to Nawab Muhammad Afzal Ahmed Khan,the Khairnagar Darwaza, and probably the Sheesh Mahal also, were built in 1108 Hijri (1696 AD). Legend of the gate of Nawab Khairandesh - Nawab Muhammad Afzal Khan tells us that Nawab Khairandesh had built a large beautiful gate in red sandstone for his Sheesh Mahal which opened opposite what presently is the Duffrin hospital. Someone informed Shah Jahan that one of his Wazir had built a gate which matched the splendor of his buildings. When Nawab Khairandesh came to know about this, he immediately got the gate destroyed during the course of a night worried about how the Mughal Badshah would respond to such news reaching his ears. He subsequently built the present Khairnagar Gate. Nawab Khairandesh Khan was the son of Nawab Muhabbat Khan and is considered to be the most noted member of the Kamboh family of Meerut who lived during the reigns of Shah Jahan and Aurangzeb and Shah Alam. It is said that he had had a very long life and had lived for 120 years, leaving for the heavenly abode on the day of Eid (`khas Eid ka din’ according to Nawab Muhammad Afzal Ahmed Khan). He held a five thousand Mansab (cavalry) under Aurangzeb. It was probably later increased to 10,000 cavalry. His original name was Nawab Muhammad Khan. On account of the excellent services that he provided during the reign of Aurangzeb, he received the title of `Khaerandesh Khan’ from the Mughal emperor. Khairnagar Bazaar in Meerut city is named after him. He built the Khairnagar Gate and fort (which was probably part of the Meerut fort) in the city of Meerut. He also built a fine mosque called Kheir-ul-Masjid wald Moabid in 1690 or 1691 AD. The mosque still exists in Khairnagar market. Nawab Khairandesh was made governor of different places within the Mughal empire throughout his life including Bihar, Etawah, Bengal, etc. He also remained governor of Katehr which later came to be called Rohilkhand. Even today his descendants reside in Sambhal, Amroha, Bareilly and other towns of Rohilkhand. He founded the town of Khairandeshpur in Dist. Etawah and also gave his name to few localities in Delhi and Etawah.