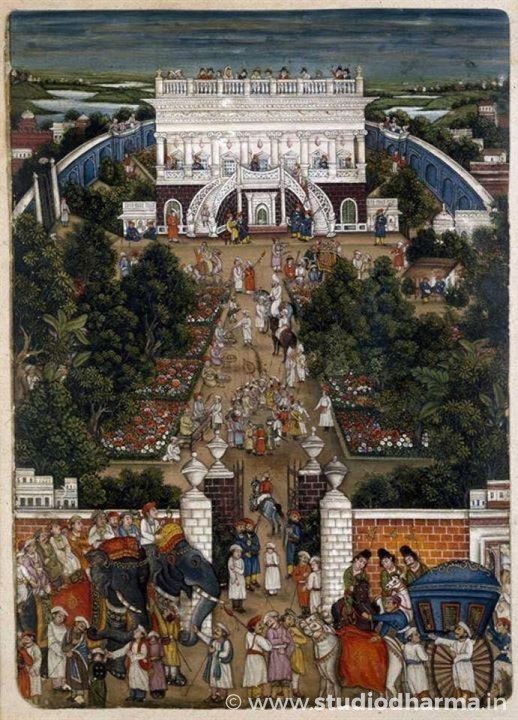 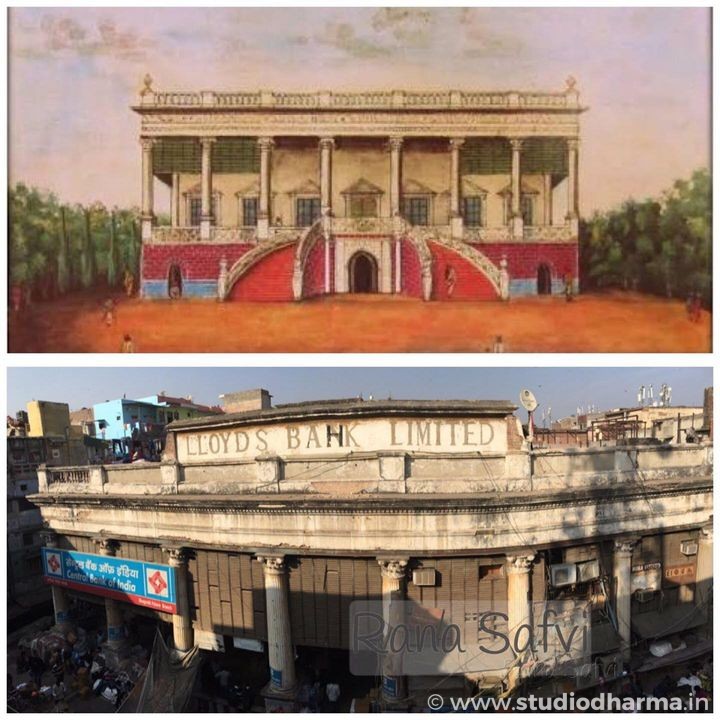 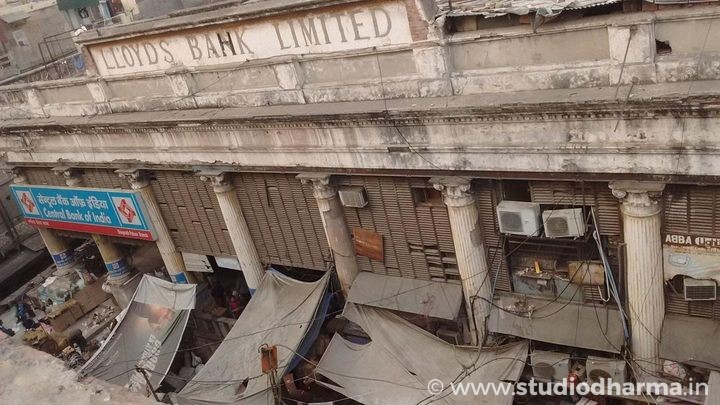 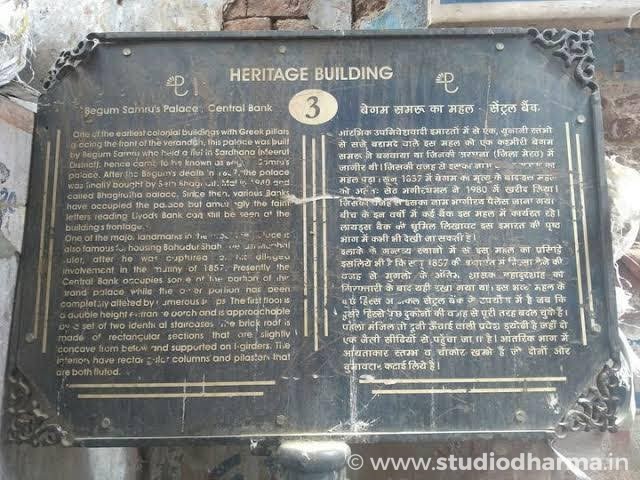 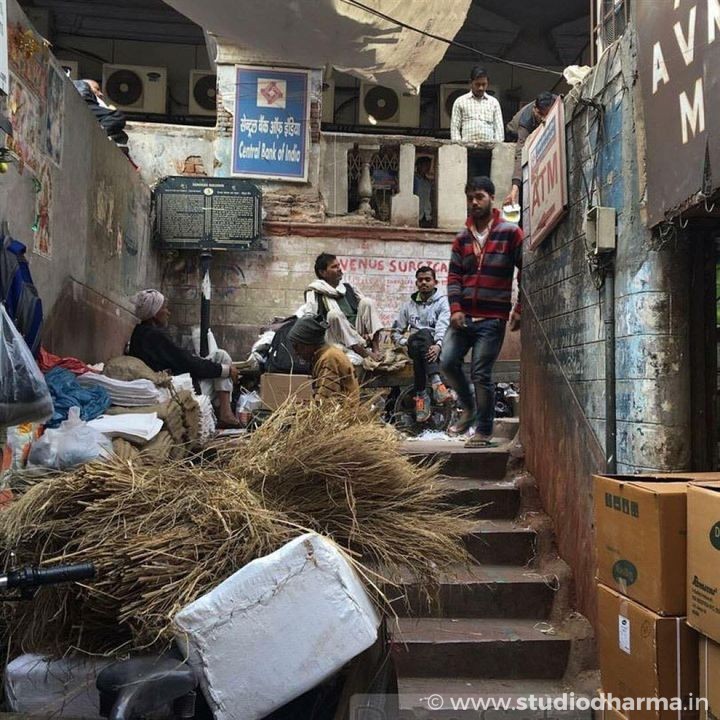 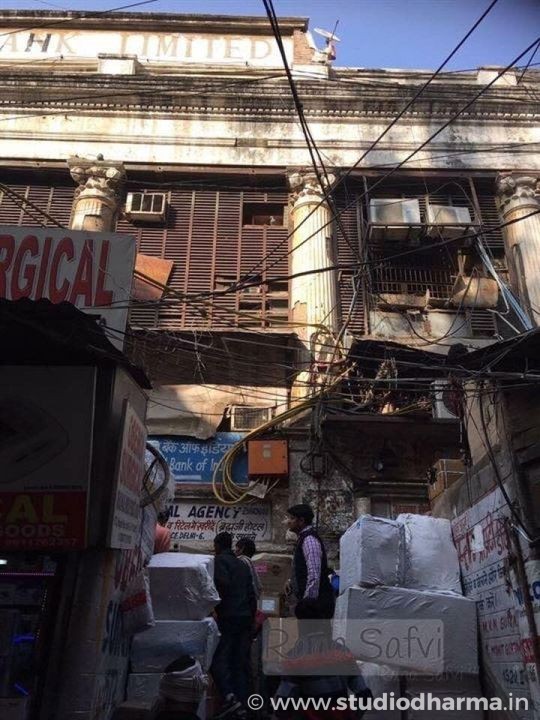 BEGUM SAMRU MAHAL AT DELHI. Begum Samru of Sardhana was given a land in Chandni Chowk for saving Emperor Shah Alam ‘s life. She built a lovely European palace here with Corinthian and Greco Roman pillars. It was Delhi Bank in 19th century and now Central Bank. Terribly encroach and in pathetic condition Standing in front of the Bhagirath Palace, the erstwhile haveli of the lengendary Begum Samru, it is hard to imagine that this dilapidated structure covered with a mesh of wires on all sides was once a beautiful garden with nine majestic fountains. But that was way back in the reign of King Akbar Shah. The haveli was once a palatial four-storeyed structure of stone and marble built with a healthy confluence of Greek, Roman and Mughal architectural styles. It had winding staircases and sprawling terraces. Begum Samru had taken for her husband, the very influential Walter Reinhardt Sombre in 1765 who happened to be in charge of a professionally trained mercenary army as well as an estate holder in Sardhana, a principality near Meerut. He enjoyed all the excesses of wealth and political clout. Begum Samru's haveli is one of the biggest examples of neglect and the sheer apathy we have for structures bearing any historical significance, perhaps because they are aplenty.