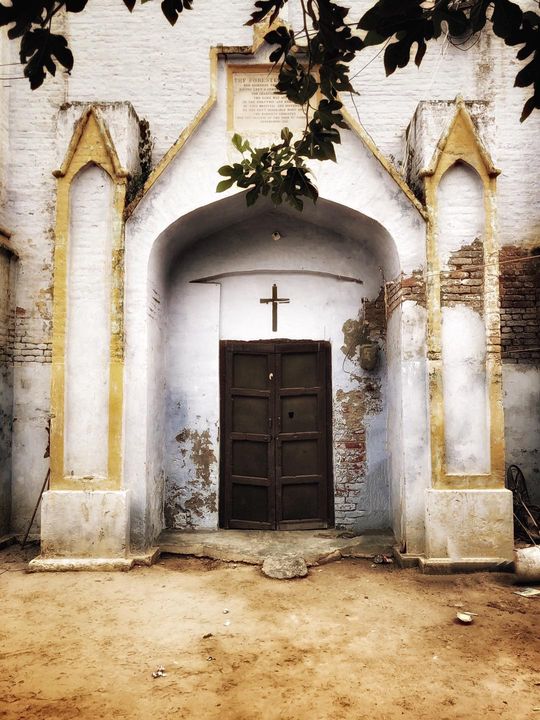 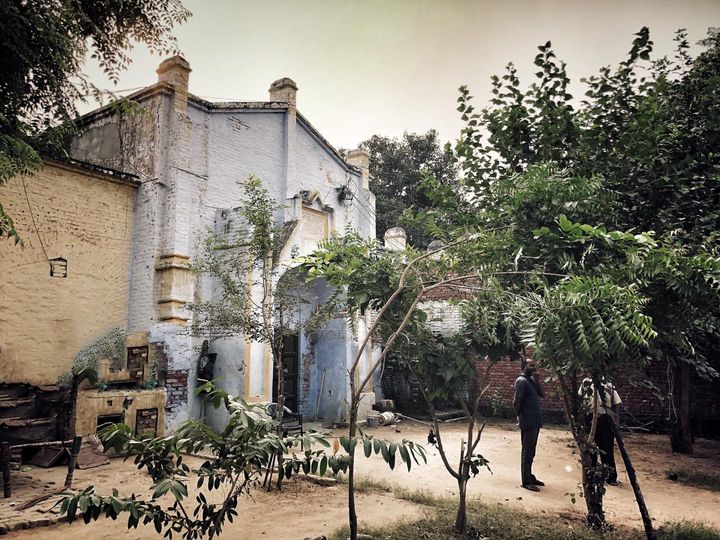 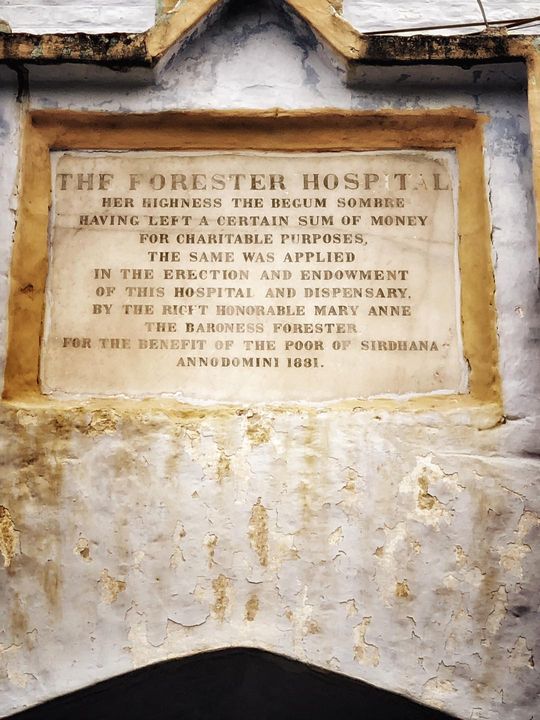 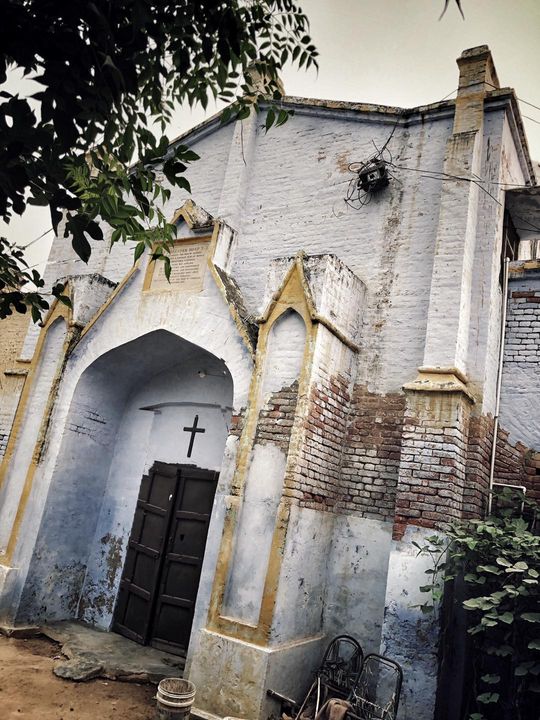 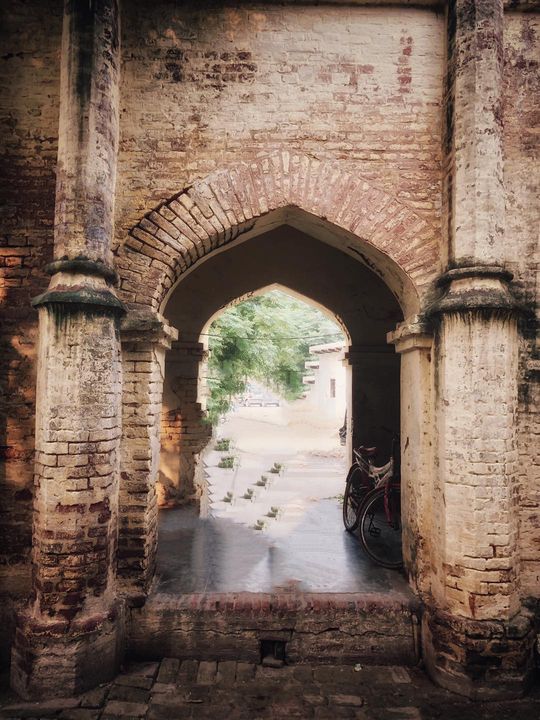 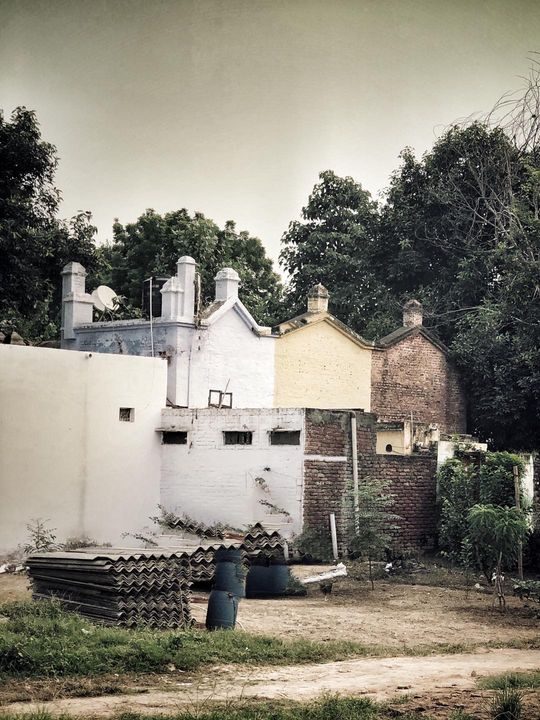 Lady Forester’s Hospital,Sardhana,Meerut On leaving St. John's Seminary and following the road, you see a set of rather old looking buildings on your right. This is Lady Forester's Hospital, a hospital built by the wife of David Dyce Sombre, with money left by the Begum for this purpose. Mrs Dyce Sombre, after David's death, married Baron Forester. The management of the Hospital is under a trust which include as trustees, the Commissioner and the District Magistrate of Meerut together with the Parish Priest of Sardhana as Secretary. The money of the trust was a great sum in days gone by, when the value of money was over a hundred times of what it is today. But now that same sum is insufficient to maintain the hospital as the Begum would have liked. A slab on the main building records its beginnings. ``Her Highness the Begum Sombre, having left a certain sum of money for charitable purpose the same was applied in the erection and the endowment of this hospital and dispensary by the Right Honourable Mary Anne, the baroness Forester for the benefit of the poor of Sardhana, Anno Domini 1881''. Now this Hospital is no more operating.