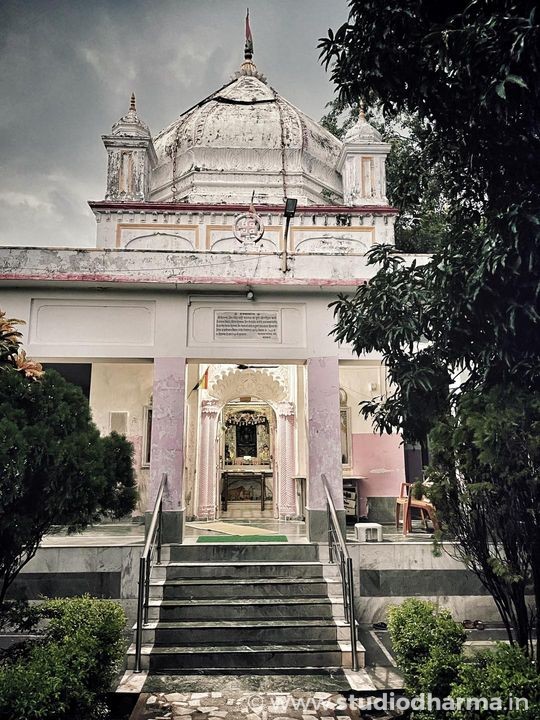 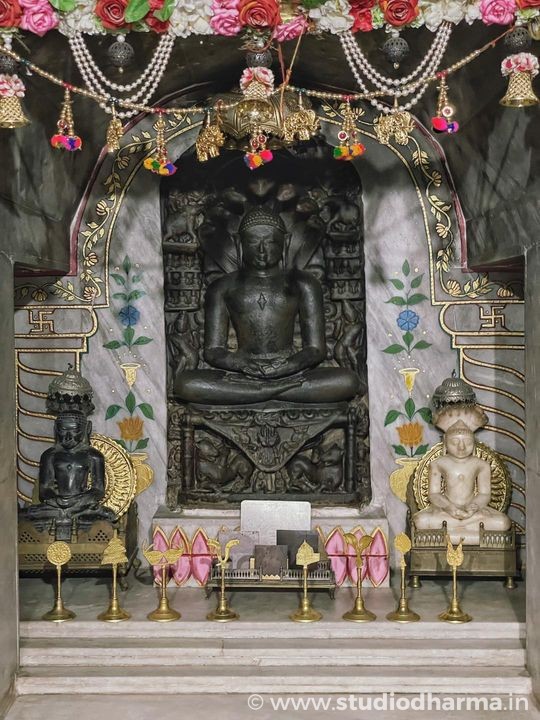 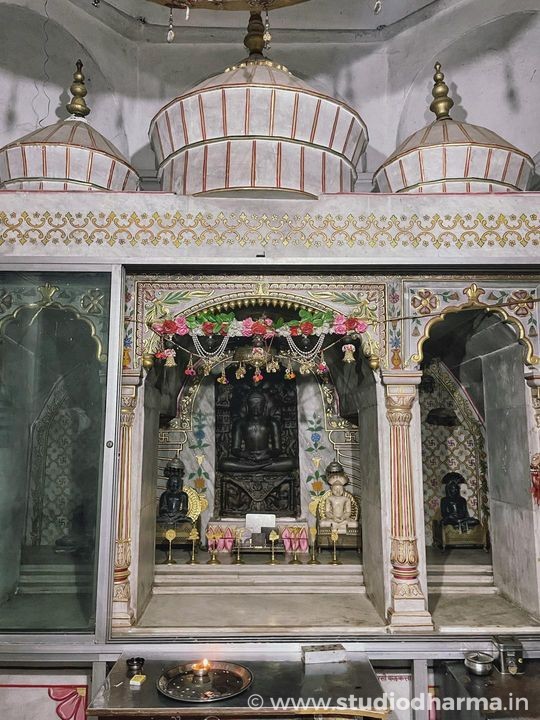 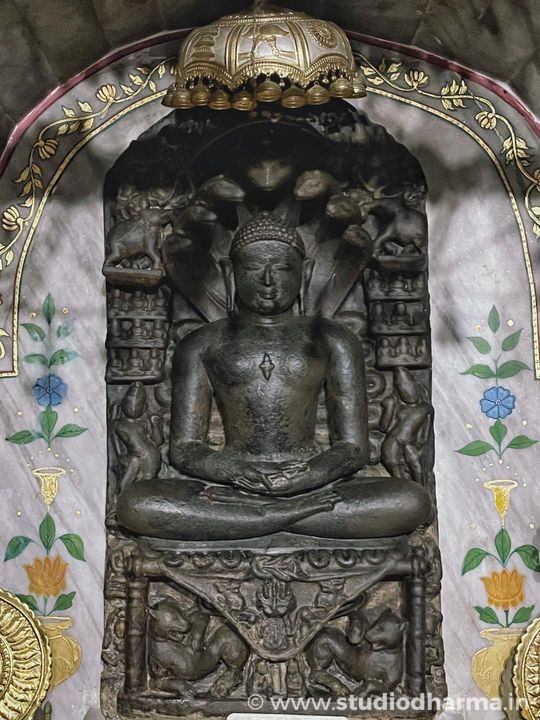 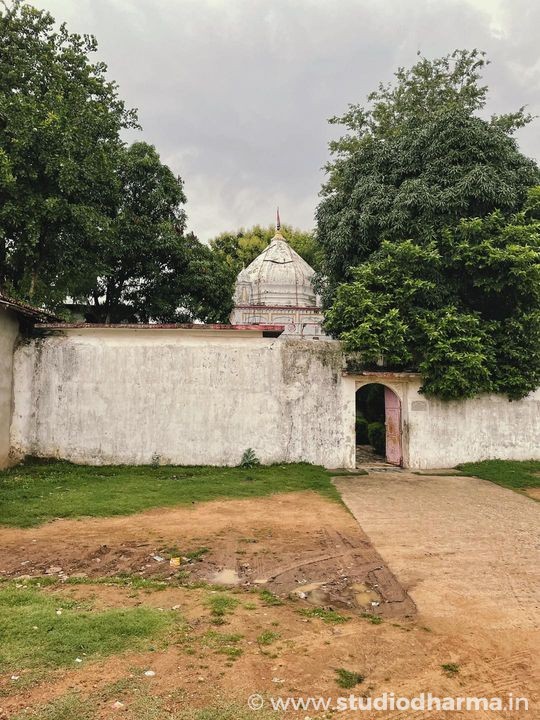 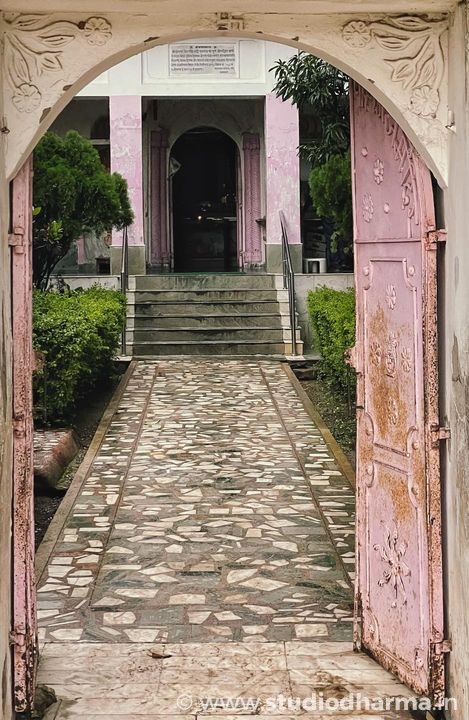 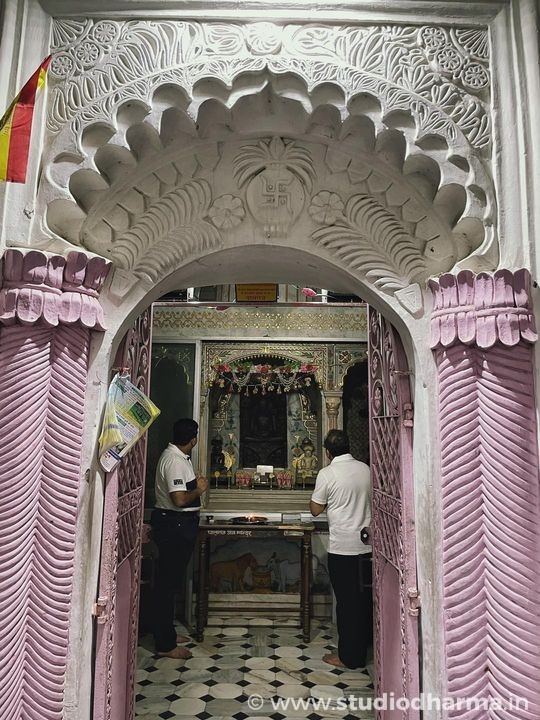 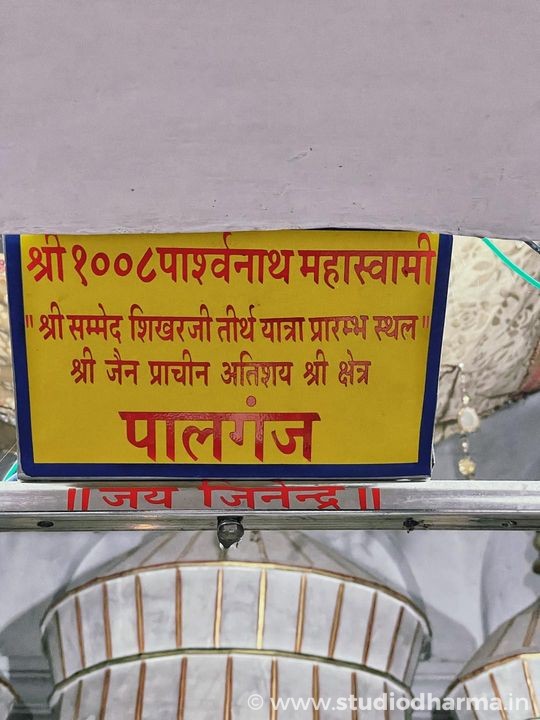 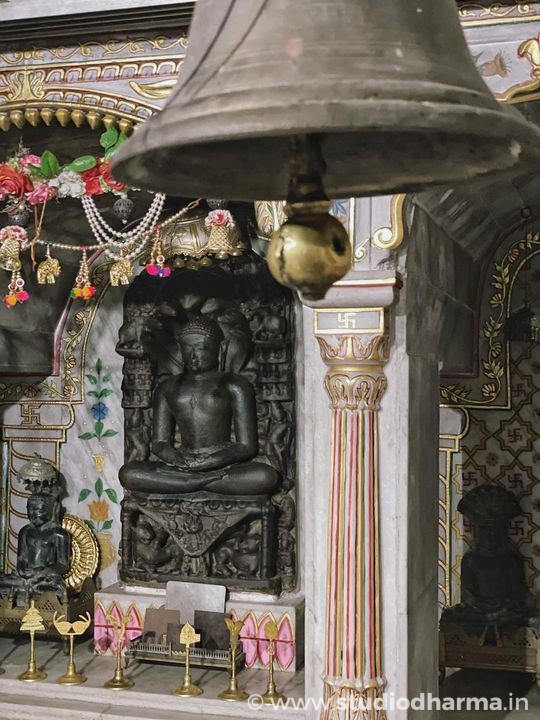 PALGANJ,SAMMED-SHIKHARJI,GIRIDIH,JHARKAND. Located at a distance of just 6 kilometers (10 minute drive) from the Kevalgyan Kalyanak bhumi of Lord Mahavir Swami - Rujuvalika Jain Tirth and 17 kilometers south of the town of Giridih lies the sleepy village of Palganj, which was once the ancient Talhati/ Taleti (base) of the Shikharji hill, home to the Nirvan Kalyanak’s of 20 Tirthankars. Like Shatrunjay hill (in Palitana, Gujarat) which had different Taleti’s in the past (Vadnagar, Vallabhipur etc), the ancient taleti of Shikharji was situated at Palganj. Since time immemorial, pilgrims started their yatra of Shikharji hill from this very place. However, with the passage of time, the forested areas receded and the base of the hill was shifted to the town of Madhuban (which is nearly 15 kilometers from Palganj). Known as Patalgarh in ancient times, the Gaddi of Palganj (semi-autonomous chiefdom) was a part of the Kharagdiha Gaddis in the Hazaribagh region. The Gaddi was ruled by Baghel Kshatriya’s titled as Palganj Raja’s. In the 16th century, the notable Shwetmabar Jain bankers known as the Jagat Sheth's of Murshidabad had acquired the rights of Shikharji hill based on the firmans of Mughal emprors, post which they constructed the Nirvan bhumi tunks and the Jal Mandir on the hill. In the 17th century the Jagat Seths issued a letter to the Raja of Palganj appointing him as the caretaker of the Shikharji hill. Based on this letter, the British assigned the “Record of Right” i.e. assigned the zamindari of Shikharji hill to the Raja of Palganj in 18th century which raised a legal presumption that it was his property. Thereafter, the Raja bore the expenses of the shrines on the Shikharji hill and recouped himself by taking a share of pilgrim’s offerings. There is also a legend, which states that the Raja collected one silver coin from each pilgrim as a tax to visit the Shikharji hill. While the current village of Palganj bears no traces of its glorious past, the antiquity of this region and its association with Jainism can be traced back to nearly 1,600 years old when a beautiful Chauvisi idol of Lord Parshwanath was installed in this village in a temple earlier known as Baaji Mutt. While the locals believe the idol to be more than 2,500 years old, historians have dated the idol to 4th century AD. The idol was was worshipped by Jains from both the Digambar and Shwetambar sects (as there was no sectorial distinction in the ancient era) and the pilgrims started their yatra of Shikharji hill after making reverence to this idol. As per locals, after the end of the rule of the Raja, the management rights, were taken over by the members of Digambar sect due to their dominant presence in the region. However, the temple also houses an idol of Shri Parshwanath Bhagwan worshiped as per Shwetambar traditions. Carved out of a single slab of stone, the ancient idol of Lord Parshwanath is featured in the Padmasanastha mudra (lotus position) devoid of any Lanchan. The idol has been recognized as Lord Parshwanath based on the seven hoods of snakes carved in the background. The eyes have been beautifully carved in Dhyanastha mudra (deep in meditation) and a Srivats (elevated part of the chest depicting a bunch chest hair signifying the deep knowledge that rests in the heart of the Tirthankar) has been carved on the chest adding to the beauty of the idol. The idol is seated on a rug above a pedestal on which two beautiful lions have been carved. The back rest of the idol is carved with serpentine snakes connected with the hood (similar design found in Uvassagaharam and Atrikshji Parshwanath). The idol is flanked by Chaamardhari Indra’s (Chauri bearer Indra’s) below which idols of celestial's have been carved in kneeling position revering the lord. Below the carvings of the celestial's, small idols of the Yaksha (Parshvayaksh) and Yakshini (Padmavati Devi) have been carved on the left and right sides of the pedestal. Above the Chaamardhari Indra’s, small idols of 18 Tirthankar’s have been carved (3 on each line, 9 on each side) above which idols of elephants carrying celestial's (with musical instruments and flower garlands in their hands) have been carved. On top of these carvings, remaining idols of 6 Tirthankar's have been carved (3 on each side) above which Chatra (divine three layered umbrella) and Ashokvrush have been carved. Interestingly, multiple attempts were made to shift the idol to the town of Madhuban where many pilgrims visit on a regular basis; However, the idol has refused to budge from the current location. In 1970, the temple was renovated by Shri Sammed Shikhar Digambar Jain Terapanthi Kothi under the auspices of Shri Bengal Bihar Odisha Digambar Jain Tirthkshetra Committee; However, the structure is very ordinary, devoid of any beautiful carvings or inlay work. The temple has an octagonal shikhar, domes at all four corners, lintel and columns in lime mortar plaster. The temple complex also consists of a 7 room dharmashala and a well constructed by the Raja of Palganj. StudioDharma strongly think that all Jains, irrespective of their sectorial beliefs should visit this temple and pay reverence to the beautiful idol of Shri Parshwanath Bhagwan on their visits to Shikharji tirth and restore this tirth back to its original glory. The temple can be reached on Isri Giridih road. Shree 1008 Parswanath Digamber Jain Old Temple, Palganj