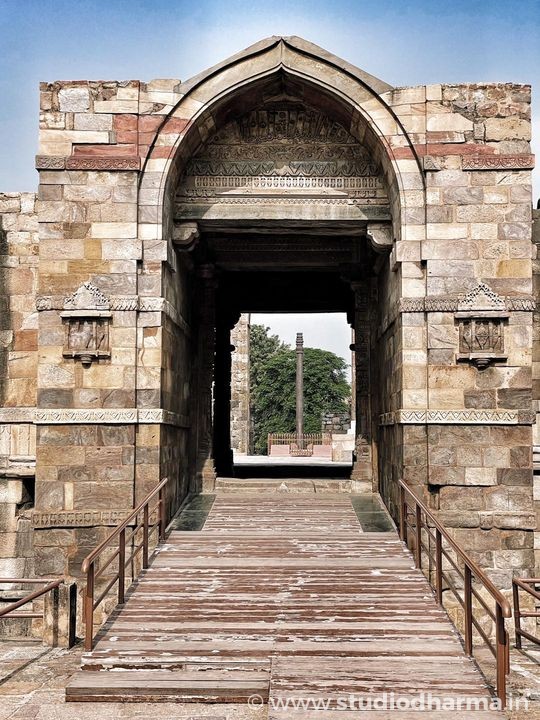 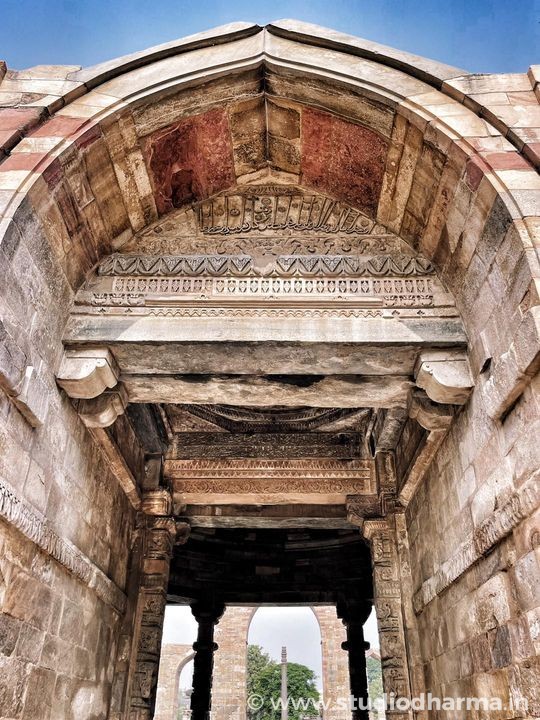 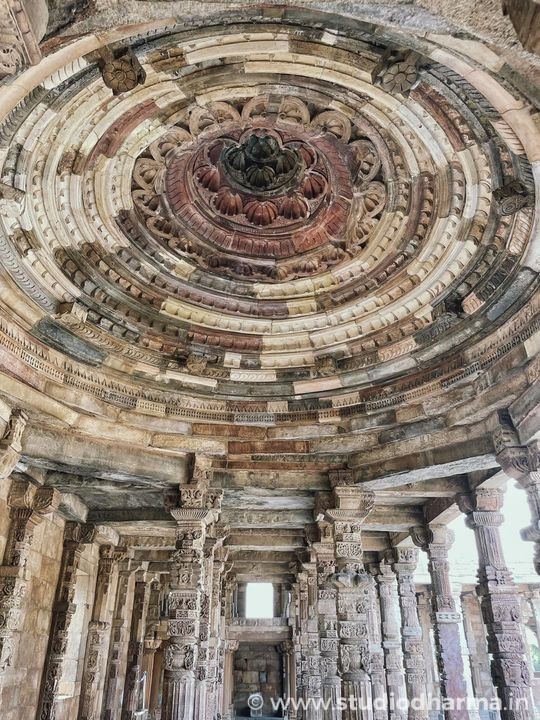 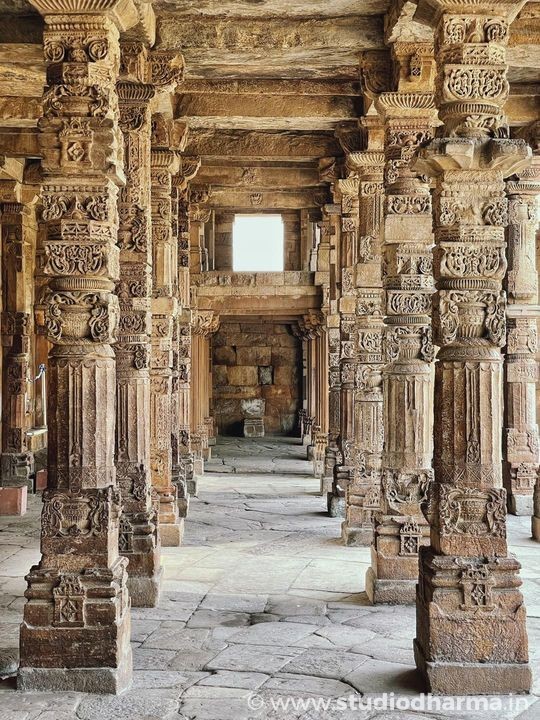 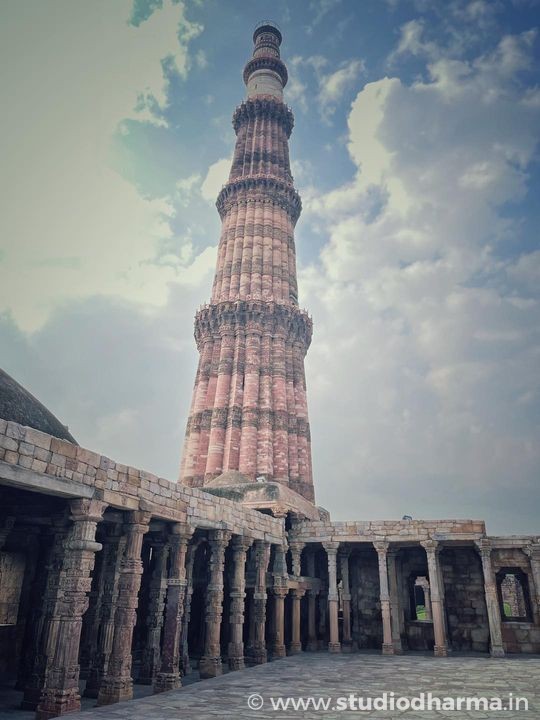 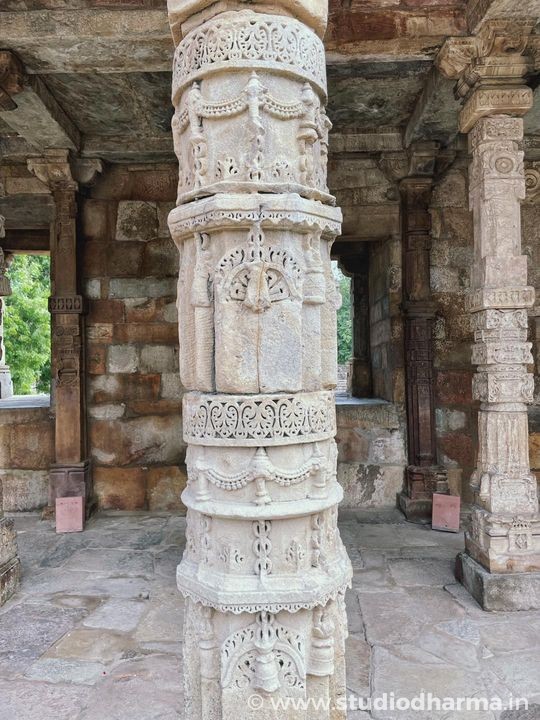 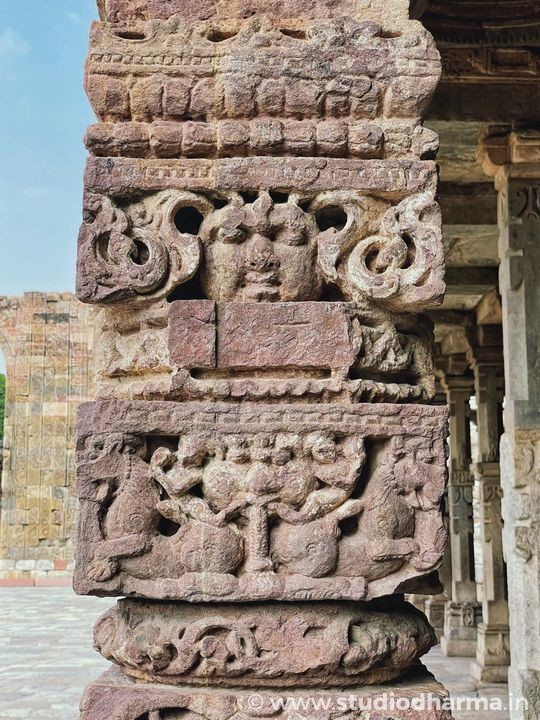 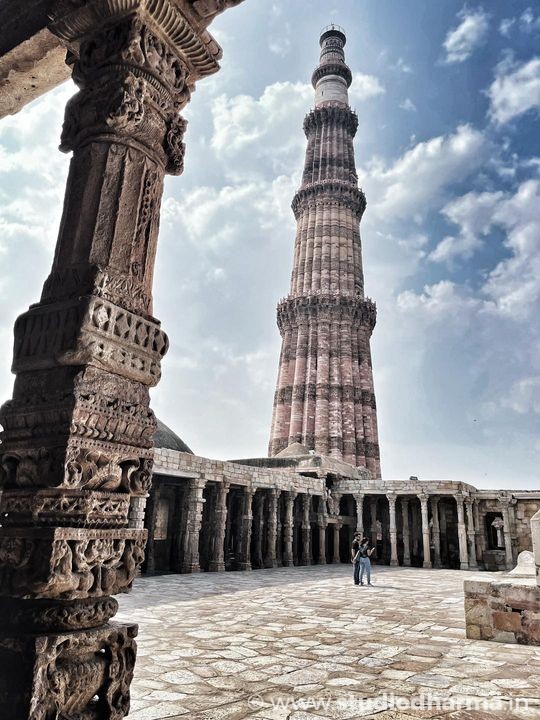 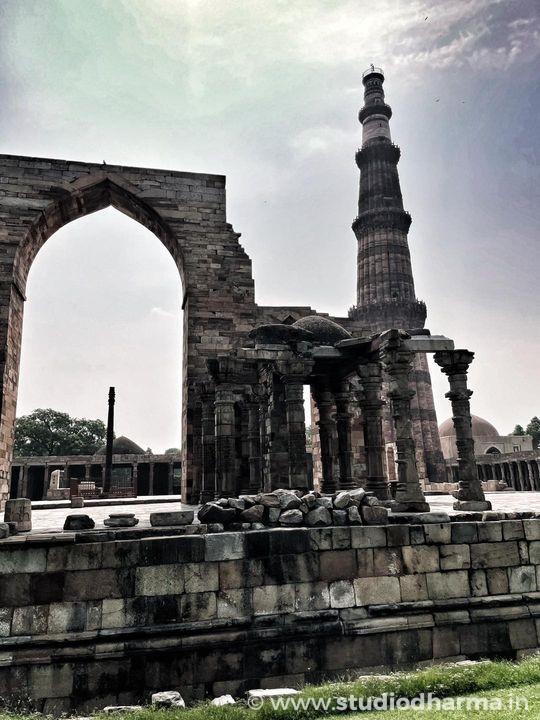 Quwwat-ul-Islam Mosque,2ND OLDEST MOSQUE OF INDIA. Quwwat-ul-Islam Mosque (built 1192 - 1316) Quwwat-ul-Islam was built by Qutb-ud-din Aibak, founder of the Mamluk dynasty. The Quwwat-ul-Islam is best known for its tower of victory, celebrating the Muslim conquest of India. It is the earliest extant mosque built by the Delhi Sultanate. It consists of a rectangular courtyard enclosed by cloisters. Perhaps it was the first monument of iconoclast in India. But it may also be that the monument was hurriedly built with the building material from the temple as Aibak had not established himself firmly in India at that time. The Quwwat-ul-Islam is best known for its tower of victory, celebrating the Muslim conquest of India. It is built of red sandstone, gray quartz, and white marble, but is probably inspired by the iron "Pillar of the Law" that stands on the site. Built in the Mauryan dynasty in the 6th century, it is the only piece of the temple that stands in its original location. Qutb built around it when he constructed the mosque. Although made of iron, it has resisted rust for over 1,500 years, evidence of the Mauryan's superb metallurgical skills. Quwwat-ul-Islam was sponsored by Qutb-ud-din Aibak, founder of the Mamluk dynasty. Born a slave in Turkey, Qutb rose to prominence as a general during Muhammed Ghari's invasion of India in the 1180s. After Muhammed's assasination in 1206, Qutb seized the throne and crowned himself Sultan of the Mamluk dynasty, often disparagingly called the "Slave Dynasty" after Qutb's origins. Although the dynasty lasted for only a few centuries, Muslim rule in India endured up to the British occuption in 1858. Qutb was a fanatical Muslim. When his garison occupied Delhi under the command of Muhammed Ghari in 1192, he ordered the destruction of twenty-seven Jain temples to furnish building materials for the construction of Delhi's first mosque. The entrance of the Quwwat-Ul-Islam Mosque is seen with an ornamental dome or Mandap which was taken from the demolished Jain Temples and leads to a flight of steep steps into the interior that welcomes you with a stunning view of the inner courtyard fringed with corbelled pillars on either side and decorated with exquisitely carved ceilings depicting Hindu carvings like floral motifs, bells, ropes, tassels, cows and leaves etc. These pillars were also taken from the debris of the Jain Temples and are lined across the mosque and beyond the arched screens of its interiors that once directly led to a row of aisles covered with low dome shaped ceilings out of which only the arched screens on its western section survives today. Qutub Minar