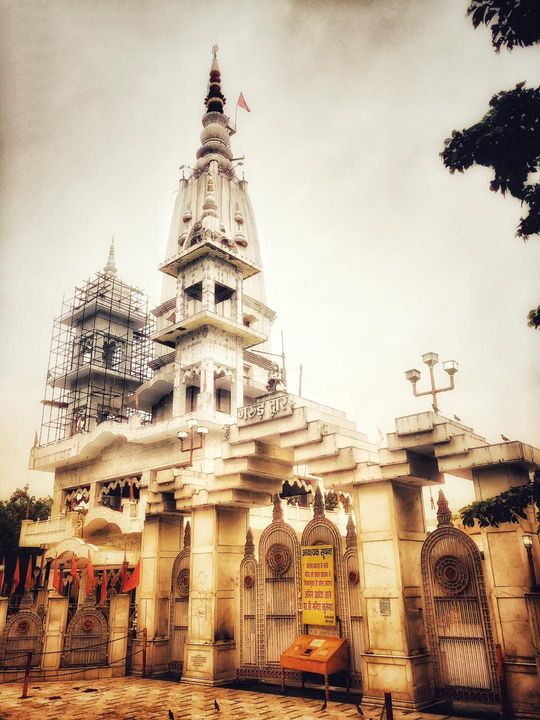 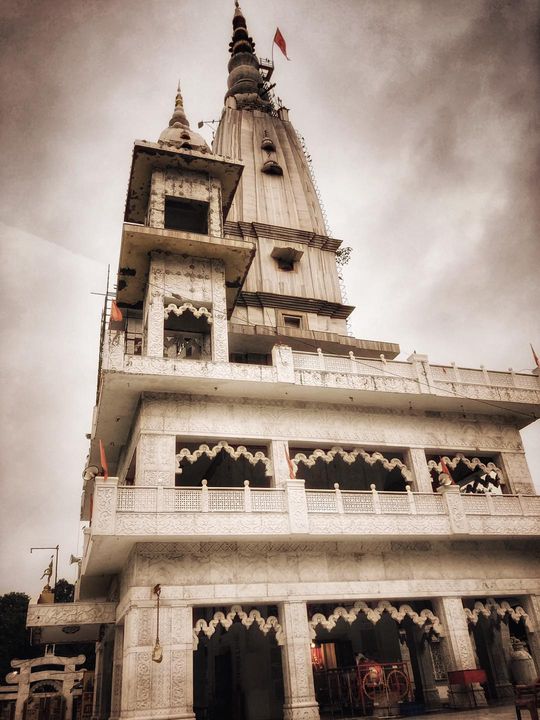 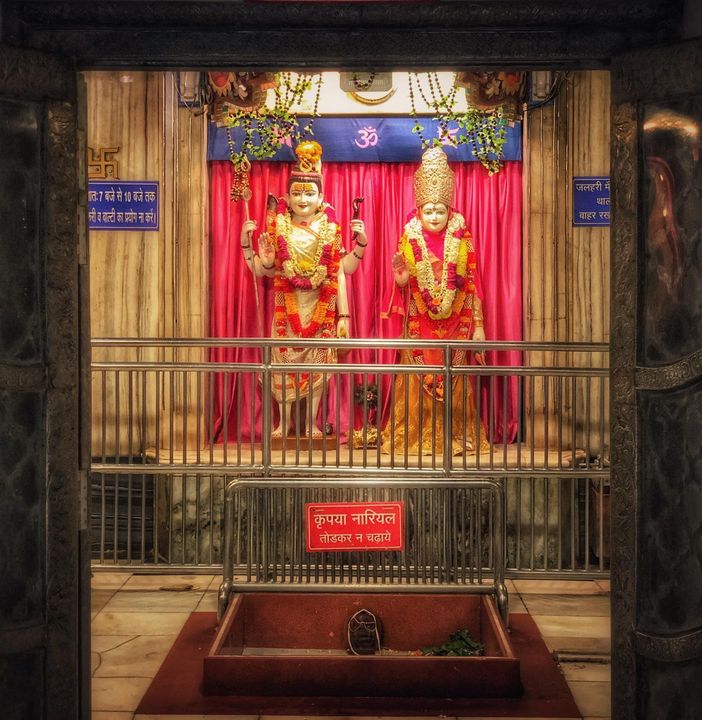 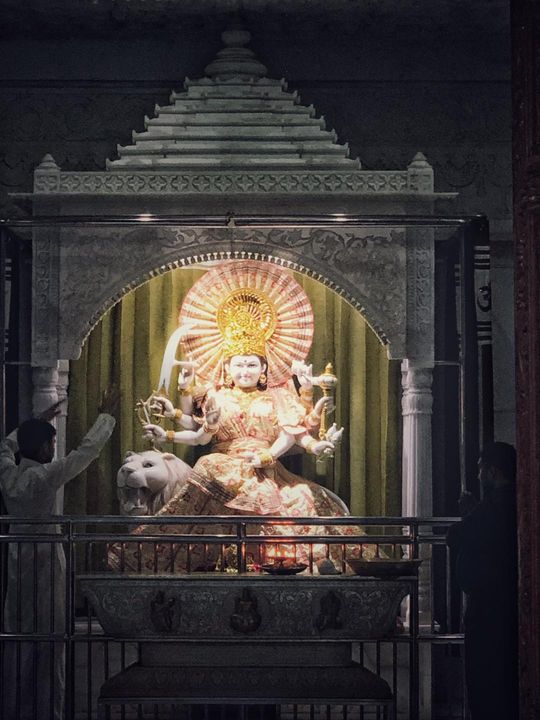 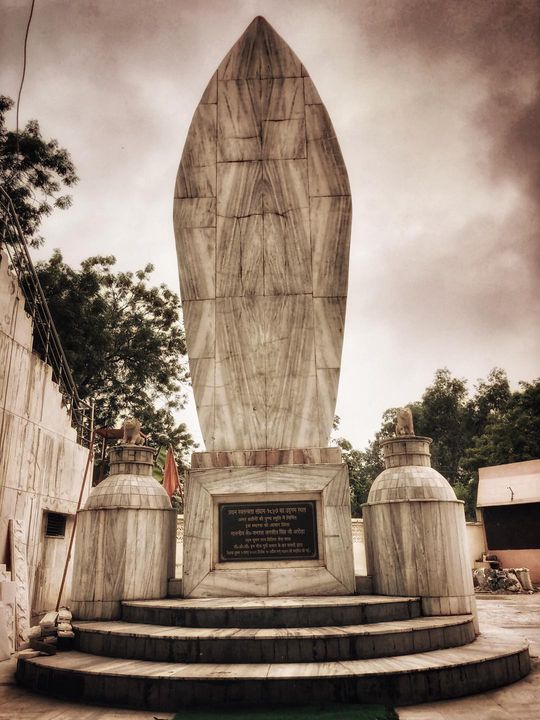 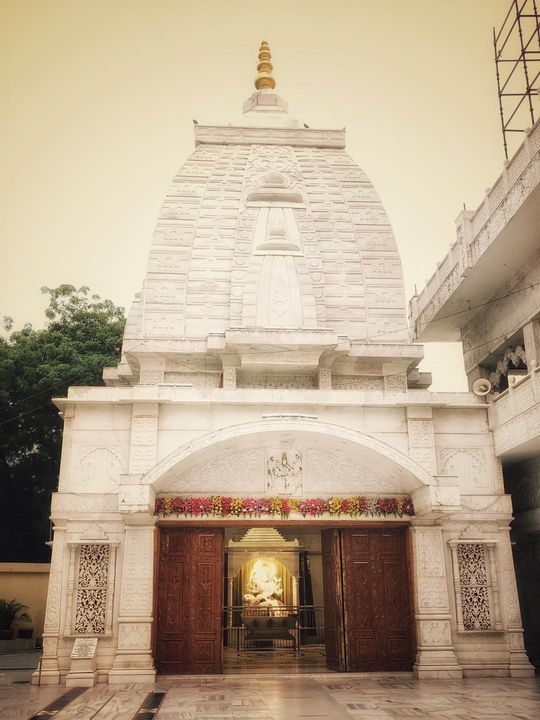 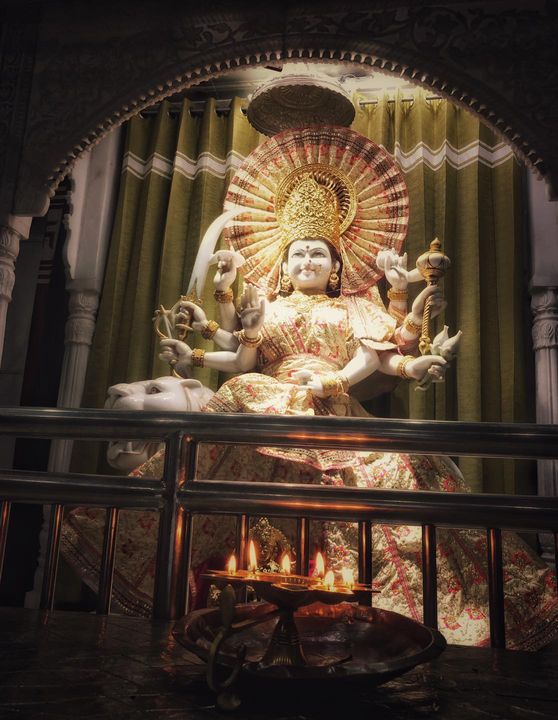 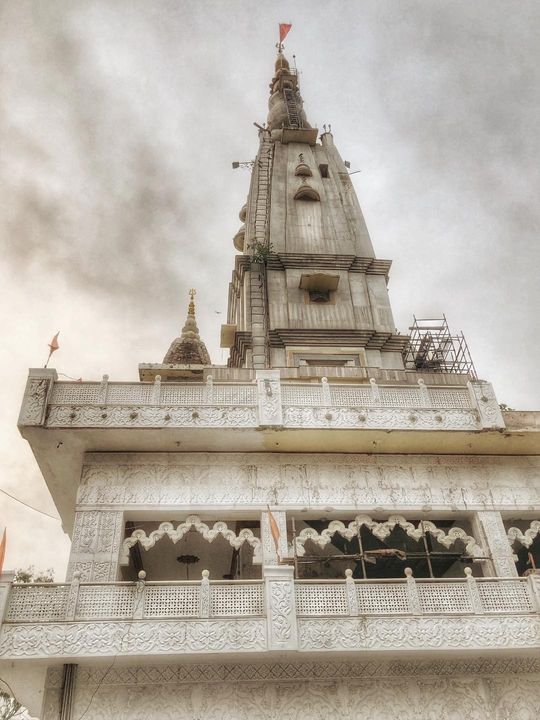 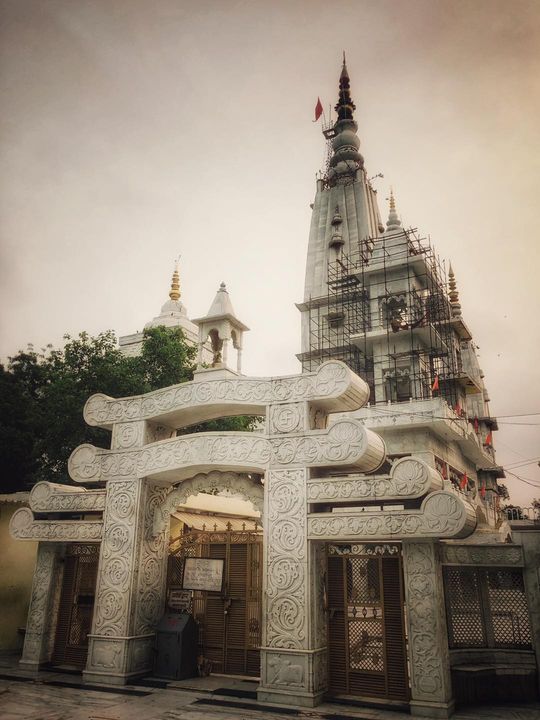 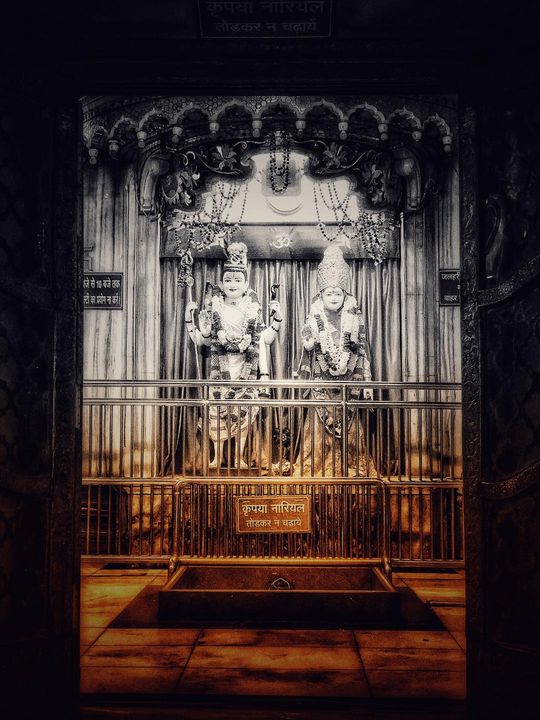 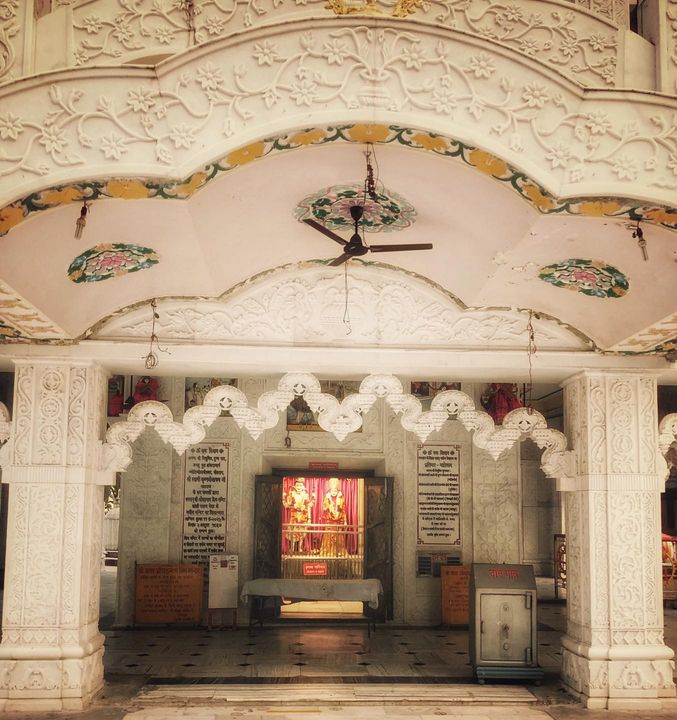 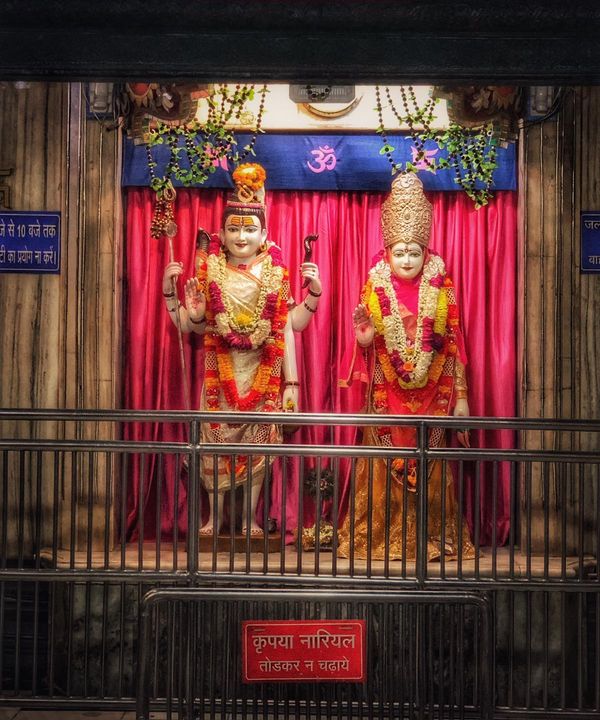 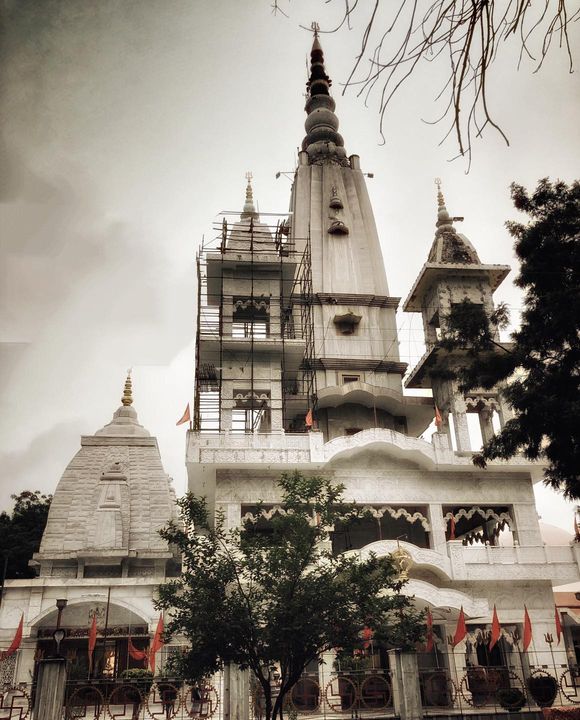 How Meerut's Kali Paltan Mandir, launchpad for the Sepoy Mutiny, is a beacon of the city's rebellious spirit The Augarnath temple, locally known as the 'Kali Paltan Mandir', has an interesting story behind its name. During British rule, the Indian soldiers in the regiment were called the ‘Kali Platoon’ (black army). Since the temple was located close to the soldiers’ quarters, it came to be called as the ‘Kali Paltan Mandir’, which eventually went on to become a launchpad for the Great Revolution of 1857,the walls of Meerut’s Augarnath temple witnessed the first conversations that sparked the revolution in 1857. The Augarnath temple earlier consisted of just a Shiv-ling, surrounded by four walls, behind one of which was a well. The temple was elaborately restructured in the 1960s and is still undergoing some construction work. While some inscriptions suggest the temple to have been built by Krishnadevaraya of the Vijayanagara kingdom, the priests here believe otherwise. “The Marathas built several temples in this region three centuries ago. They would come to Augarnath to thank the god after any victory,” states Sudhanshu Tripathi, temple's head priest, whose forefathers have been serving at Augarnath for generations. In the 1850s, the Meerut Cantonment had around 2,234 Indian sepoys divided into two infantries (11th Native Infantry and 20th Native Infantry), along with one cavalry regiment. The temple lay at a strategic point, just on the crossroad of these two infantry lines. Over the ancient well, a memorial has been constructed to mark the temple’s significance. The sepoys would come to the temple to offer prayers and fetch water from a well on its premises. The conversations they had were only limited to exchanging pleasantries, until a fakir came along and stationed himself in Meerut in April 1857. “This fakir was part of a network of Sadhus and Maulvis who were travelling through the Indian countryside. They were acting as messengers, planners, and possibly also leaders of the Great Revolt of 1857. This particular fakir, whose name hasn’t been found in any record, came to Meerut from Kalka, having witnessed the uprising at Ambala Cantonment on the way. At first, the fakir set up his camp in the area named Surajkund. He instantly gained popularity among the sepoys and locals, narrating inspirational stories of his travels and spreading ideas of liberation. This, however, made the British rather suspicious, and soon after, the fakir was ordered to evacuate the camp and leave. As one of the depositions note recovered from Meerut says: “About 25 days before the mutiny, this fukeer, a Hindoo, came and took up his abode in the 20th NI Lines, in the huts of the 4th company.” He was often found meditating at the Kali Paltan Mandir. These incidents occurred at a time when the British had introduced new cartridges, whose seals had to be bitten off by the soldiers in order to remove them. This was met with a huge backlash, as the seals were made of cow and pig fat. When the sepoys went to the Kali Paltan Mandir to drink water from the well, they were supposedly stopped by the fakir, who felt the men had become impure after biting into animal fat. The Barrackpore agitations had been sparked off by the same controversy, and once the news reached Meerut, the fakir inspired the soldiers at Kali Paltan to revolt against the British. Even though the temple was frequented only by Hindus, religious barriers barely existed back then. “There was good communication amongst Hindu and Muslim sepoys, both of whom who wanted to resist the British rule. The seed of communalism to ‘divide and rule’ was only planted after the 1920s by the colonisers. Thus, plans and strategies for the first war of independence that were being discussed in this small temple slowly began to spread to other parts of the country. While daily meetings continued, messages were sent to Indian soldiers in the Delhi Cantonment. Soon, the British became aware of the rising chaos and resentment among the native forces. However, what truly triggered this revolt was an event that unfolded near a church.