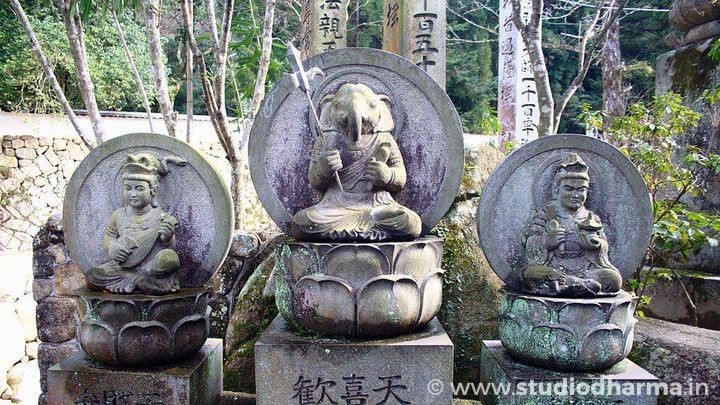 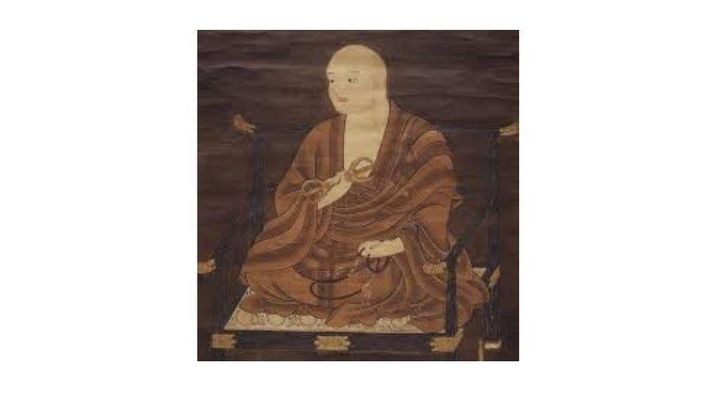 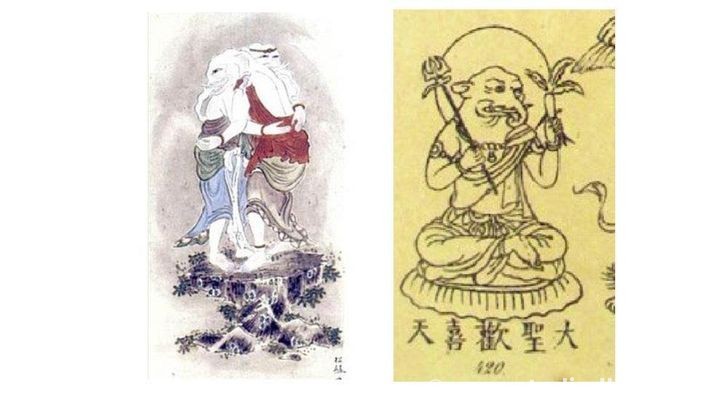 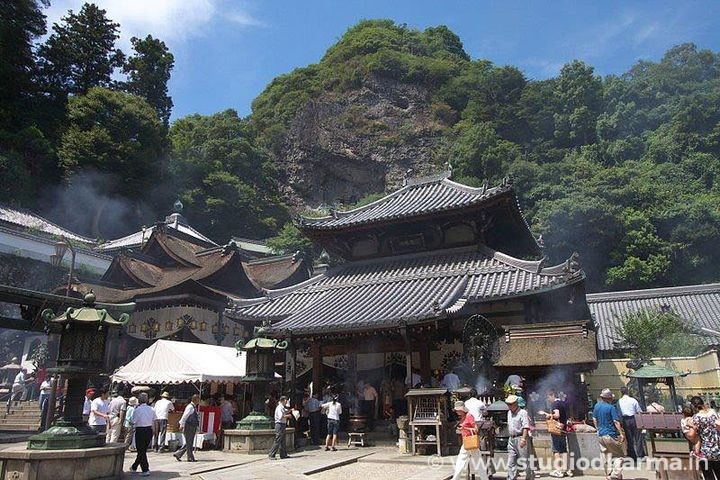 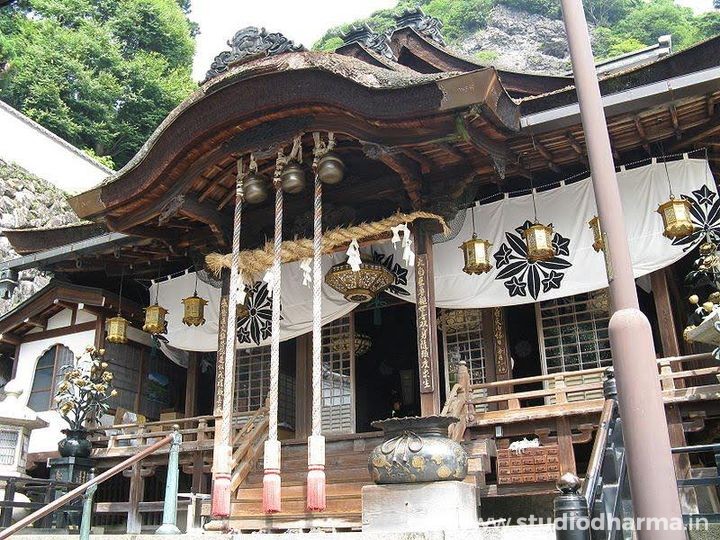 Kangiten: Ganesha in Japan . At the time of Ganesh Chaturthi let’s catch up a story of our very own lord Ganesh how he went and being worshiped in Japan. In the Asakusa area of Tokyo in Japan, are a series of beautiful wooden temples of Japanese Buddhism, which are popular with locals and visitors alike. These are some of the oldest temples in Japan, going back a thousand years. Among them, a temple, which is most likely to catch the attention of an Indian visitor is the 8th-century Matsuchiyama Shoden temple, dedicated to Japanese deity Kangiten, which is none other than the Japanese version of Ganesha. In fact, there are more than 250 temples across Japan dedicated to Ganesha, who is locally known by different names like ‘Kangiten’, ‘Shoten’, ‘Ganabachi’ (Ganapathy) or ‘Binayakaten’. The worship of Kangiten first started in Japan around the 8th-9th centuries CE as part of the ‘Shingon’ or ‘Mantra’ Buddhism. This was a Tantric form of Buddhism that had emerged from Odisha in India, which then travelled first to China and then to Japan. It was a Japanese scholar named Kukai (774-835 CE) who founded Shingon Buddhism in Japan. A civil servant and a scholar in the Imperial court, Kukai travelled to China in 804 CE, to learn Tantric Buddhism that had arrived there from India. There he met a noted Gandharan Buddhist scholar Pranja, a former student of Nalanda university, who introduced several important Buddhist texts to China. Kukai would return to Japan a decade later, and introduce several Hindu deities and Tantric Buddhist teachings into the Japanese pantheon. Ganesha or Kangiten, too was introduced initially as a minor deity in Shingon Buddhism. It was only during what is known as a ’Heian Period’ (794-1185 CE), considered a ‘classical golden age’ in Japanese history that Kangiten emerged as an independent god. There are numerous references to Ganesha or Kangiten in ‘Besson Guides’, religious texts written during this time on the deities of Japan. One of the earliest texts regarding Ganesha worship in Japan is ‘Sho Kangiten Shikiho’ or ‘Ritual of Sho Kangiten’, composed sometime around 861 CE, that details various tantric rituals. In Japanese iconography, Kangiten was always depicted embracing a female elephant, his ‘Shakti’ or ‘female energy’. In Tantric Buddhism, gods are frequently depicted in an erotic embrace with goddesses, signifying the union of male and female energies. Due to the erotic nature of the imagery, the idols of Kangiten in Japanese temples, are usually kept in a wooden box. The devotees pray to these boxes and the idol is taken out, only on ceremonial occasions. Interestingly, much like the Indian Ganesha, Kangiten too began as a malevolent god who could create obstacles and hence had to be worshipped to avoid troubles. Over time, he evolved into a Japanese god of joy and bliss, prayed to by merchants for wealth and financial success. The most active centre of Kangiten worship is the Hozanji temple, on the eastern slope of Mount Ikoma, just outside the Japanese city of Osaka in Southern Japan. It is said to have been established by a charismatic 17th-century Japanese monk named Tankai (1629-1716 CE) also known as ‘Hozan’.As per the founding legend, Tankai was on a spiritual quest for ‘Siddhis’ or supernatural powers, but Kangiten kept putting obstacles in his path, and Tankai kept failing. It is said that around 1678 CE, Tankai’s master revealed to him the existence of Mount Ikoma ‘a miraculous place that is neither a dream nor a reality’. To mollify the elephant god, Tankai promised to make an idol of the ‘elephant-headed deva’ and make him the guardian of the mountain. In return, Tankai asked for a boon that ‘…you protect me and aid me to attain siddhi’. Tankai and his followers built the temple complex in 1680 CE, which came to be known as Hozanji. The merchants of Osaka city began worshipping Kangiten for wealth and prosperity and soon, Hozanji became a very wealthy temple complex. Due to its great popularity, the first Japanese cable car was built here in 1918. Today, Kangiten or Ganesha worship is thriving across an estimated 250 temples in Japan. While the devotees offer radishes and Sake (rice wine) for good fortune, the shops outside sell dual-Ganesha statues over the counter, for home worship. It is incredible how similar and yet different, this worship of a beloved elephant god is, across countries and cultures. Cc: live history India