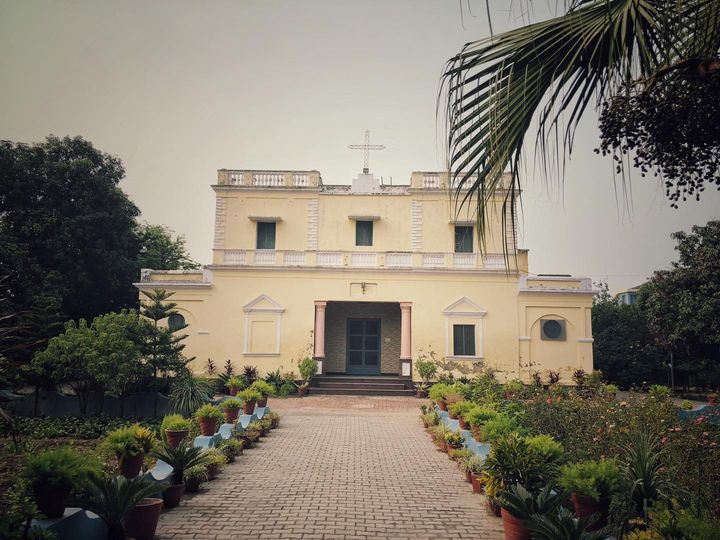 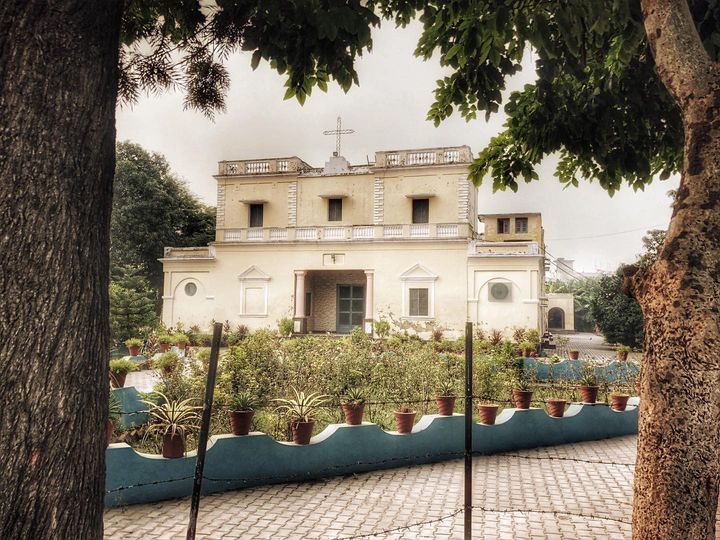 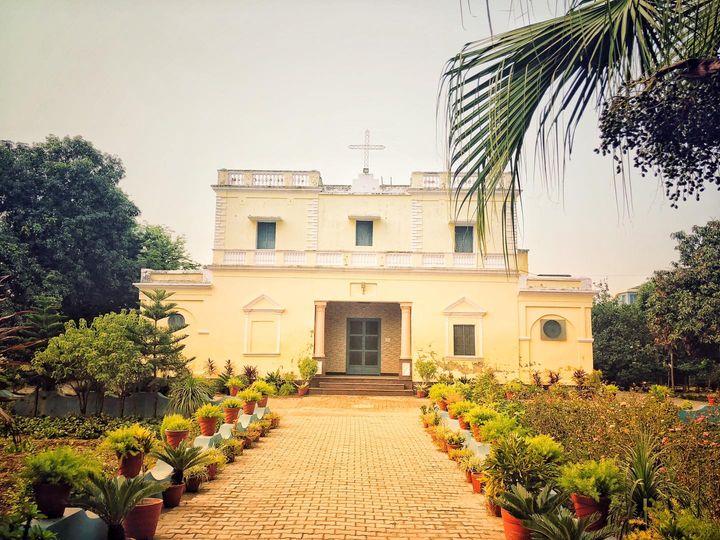 Antonio kothi,Sardhana,Meerut,it was the residence of Antonio Reghellini -Architect of Begum Samru Antonio Reghellini was one of the Begum's Military officers who rose to be the leader of her troops. But where did this military man get his training to design and build such a magnificent church ? He not only built this Church but the Palace of the Begum (now St. Charles' Inter College) and his own house—Antonio Kothi To understand this we have to realize where he came from. He was born at Vicenza in North East Italy about 30 Kms from Padua on 26.11.1784. It is not a big town, but it is full of beautiful buildings. The reason is that this was the home town of one of Italy's greatest architects—Andrea Palladio who had budding architects as apprentices and helpers. Just a walk around the old buildings of Vicenza and you see the similarities of the pillars, the railings, the designs, the domes with those of the Sardhana church and palace. But when his father died he went to a home run by the Somascan Fathers where he was trained in handicrafts and design. He had already started to work as a goldsmith when Napoleon had over run Italy and was conscripting young men for his wars in Europe. He decided to run away and went to Trieste, a free port. How he came to Sardhana from there is now known. Being a free port there might have been a British Presence which led to his arrival in India. His name appears in the Sardhana monthly payment register dated 11 May 1811. His name is given as Major Anthony Reghelini. His salary is noted as Rs. 700 and his pension as Rs. 200. But we know from the deposition he gave at a trial in 1852 that he came to Sardhana in 1803 recommend by Sr. Charles Metcalfe. The Begum entrusts him with building her church and later her new palace. He was not only a good soldier, since by the time of the Begum,'s death he was Commander of her troops. But he was also a good architect and builder. His talent and training at Vicenza now comes to the fore. (Keene calls him a versatile Italian) We know he also did a portrait of the Begum which he presented to Ranjit Singh the great Sikh leader whom he considered one of the most powerful men in India. There is a copy of the original sketch of the church which later saw some alterations, that is proof of his artistic talent. In her will dated 16.12.1830, the Begum leaves Rs. 9,000/- to Antonio Reghellini and to Victoria his wife 11,000/- and to their 5 children 5000/- rupees each, a great sum in those days. The Begum arranged his marriage on 20.6.1812 with Victoria one of her adopted daughters. Little is known of what happened to Antonio once David left Sardhana. He seems to have eventually reached Agra. One of his daughters Anna Maria, whose God Mother at her Baptism was the Begum herself, became a Jesus & Mary nun at Agra in 1846. A slab in the front of the church commemorates his memory. Presently this place is the residence of sisters who serve at Our Lady of Graces Hospital, Sardhana,Meerut ,77.6141073&hl=en-IN&gl=in