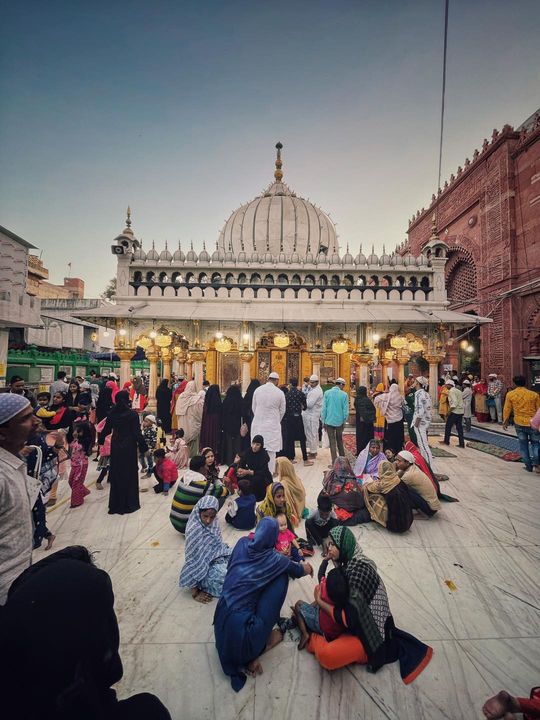 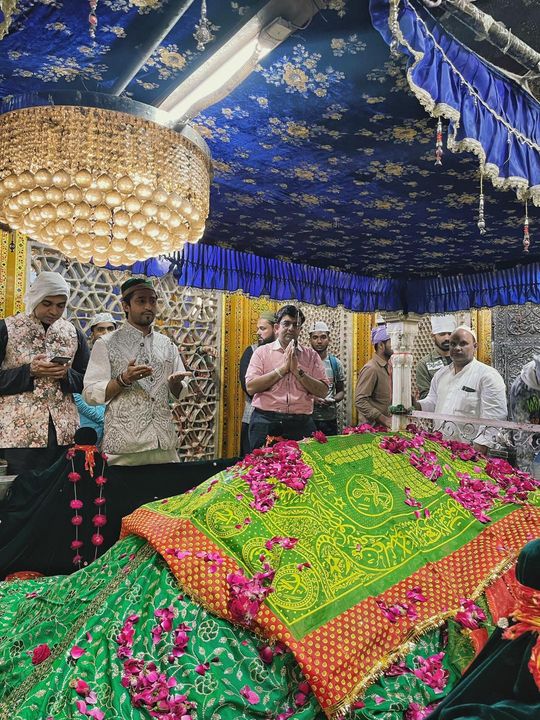 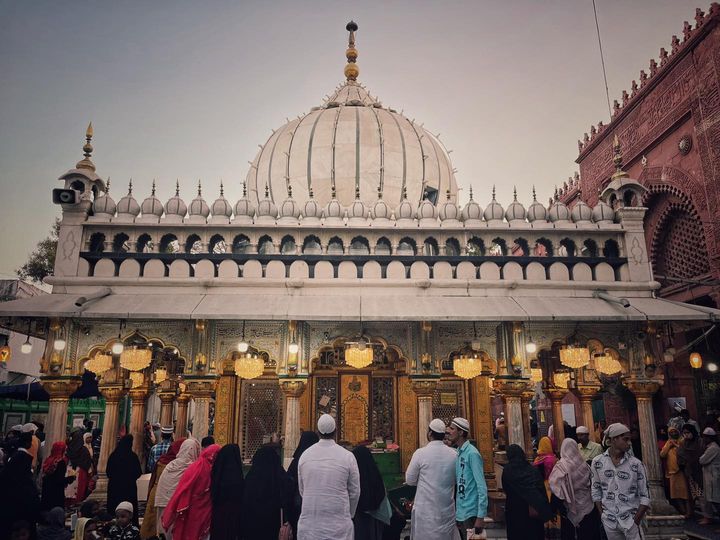 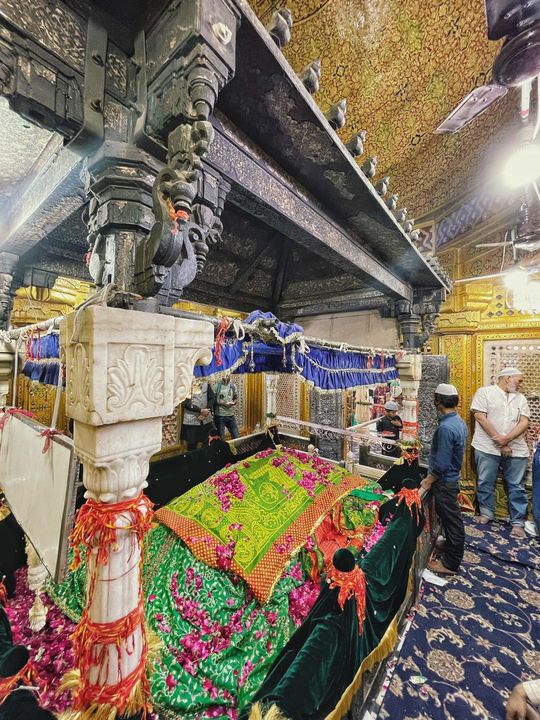 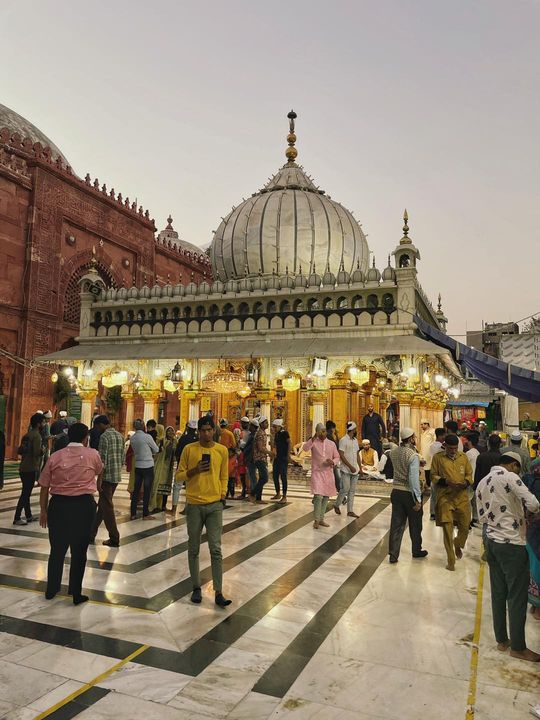 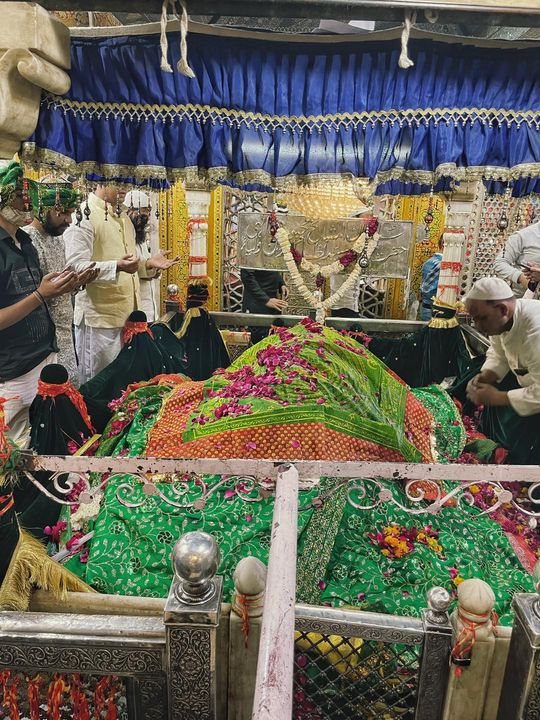 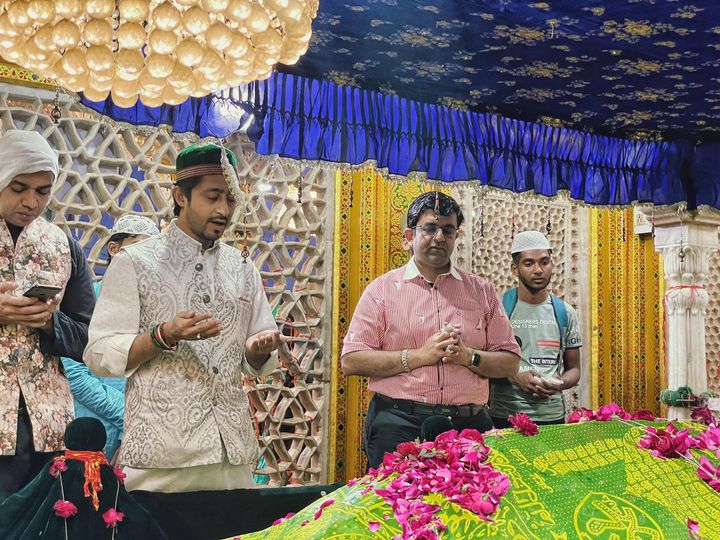 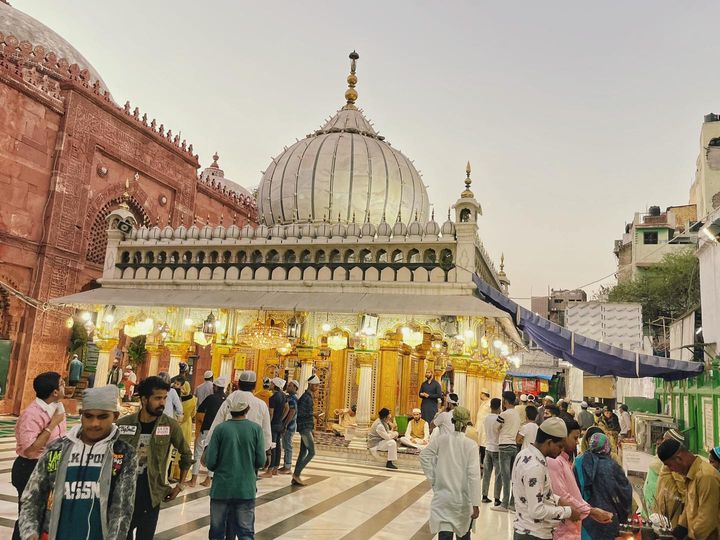 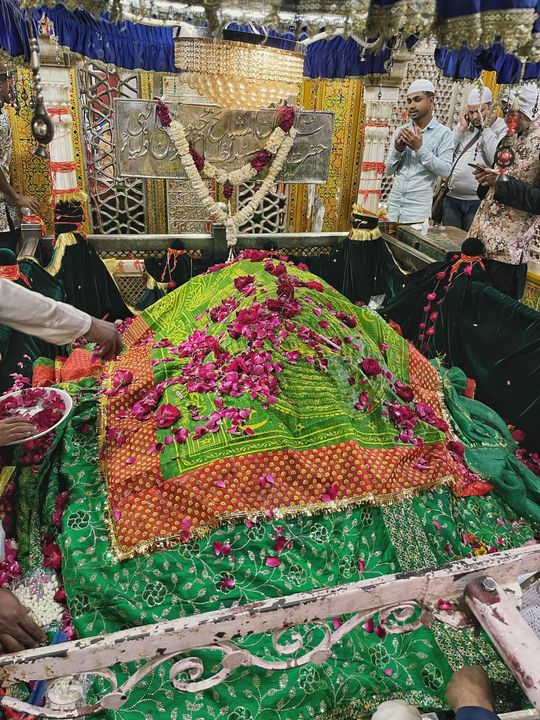 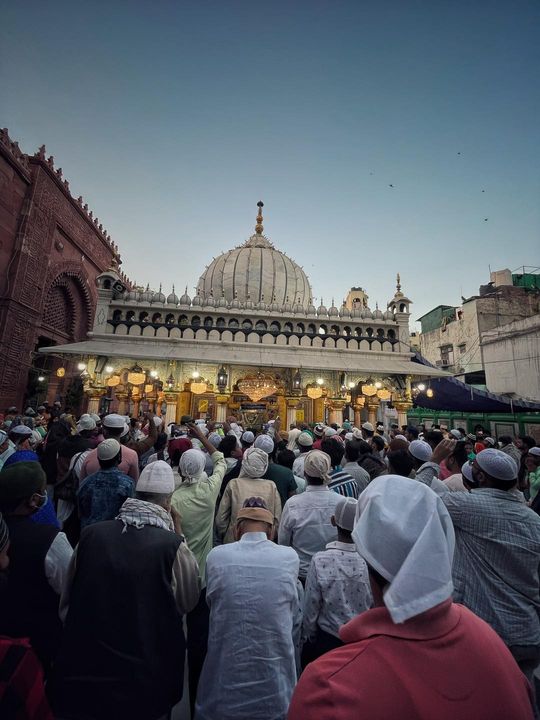 Hazrat Nizamuddin Auliya Dargah,New Delhi. Nizamuddin Dargah is the dargah (mausoleum) of the Sufi saint Khwaja Nizamuddin Auliya (1238 - 1325 CE). Nizamuddin Dargah is the holy shrine of Hazrat Nizamuddin Auliya who is counted among the world's most renowned Sufi saints. Situated in the Nizamuddin West area of Delhi, the dargah is visited by thousands of pilgrims every week.The site is also known for its evening qawwali devotional music sessions. Nizamuddin's tomb has a white dome. The main structure was built by Muhammad bin Tughluq in 1325, following Nizamuddin's death. Firuz Shah Tughlaq later repaired the structure and suspended four golden cups from the dome's recesses. Khurshid Jah of Hyderabad gifted the marble balustrade that surrounds the grave. The present dome was built by Faridun Khan in 1562. The structure underwent many additions over the years.The dome is about six metres in diameter. The dargah is surrounded by a marble patio and is covered with intricate jaalis. Nizamuddin Dargah Sharif #